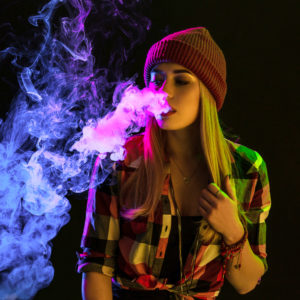 Smokers have been looking for effective ways to quit their deadly addiction to combustible cigarettes for generations.  Smoking cessation products that such as Nicorette, Chantix, and Zyban – all approved by the U.S. Food and Drug Administration (FDA) – promised hope to the tens of millions of American smokers desperately trying to lead healthier lives.

Unfortunately, those products only proved successful to a small percentage of smokers. Then a dozen years ago, a miracle occurred. Disappointed by the lack of effective options, smokers took their future into their own hands and created the modern vaping market, building their own devices and flavors in their homes and in their free time. Over the next decade, over 10 million smokers successfully quit, and a flourishing industry emerged, comprised mostly of small businesses.  Unfortunately, recently the FDA ripped control of this revolutionary movement away from the victims of Big Tobacco that created it and handed over control of these life-saving products to the tobacco manufacturers.

Beginning at the end of August 2021, FDA began issuing Marketing Denial Orders (MDOs) to hundreds of innovators.  With the denial, companies were required to cease production of hundreds of thousands of life-saving products used by millions of American adults nationwide.  While FDA claimed that these MDOs would be limited to only the flavored products that they erroneously claim appeal to children, the majority of these companies also had their tobacco and menthol-flavored products ripped from the market as well.  The limited number of manufacturers with the financial resources available to wage a litigious war with the federal government did so, and within days the FDA backed down on one particular, returning their products to the market while the scientific review process continued.

Unfortunately, the majority of companies did not have the money to take on such an onerous task and have since been forced out of business. Mind you, there is no functional difference between their products and those manufactured by larger companies who were able to sue themselves back onto store shelves nationwide.

Then on October 12th, a month after the FDA was due to decide the fate of all vapor products, the inevitable happened.  FDA granted marketing orders to the Vuse Solo, a JUUL-like vapor product that is owned and distributed by the R.J. Reynolds Vapor Company. If that name sounds familiar, it’s because it is beneath Reynolds American Inc. and is the same company that has enjoyed generous profits by selling popular deadly combustible cigarette brands including Camel, Newport, and Pall Mall.

In its order, FDA proclaimed these particular Vuse products are “appropriate for the protection of public health”, despite the fact that 10.8 percent of high school-aged vapers reported using Vuse products, making them the second most popular brand used by minors in 2021.  In comparison, the small companies that make up the open system sector of the vapor industry were forcibly removed from the market despite the fact that less than one percent of minors use products from these 500+ companies combined daily.

It’s hard to look at this biased and unequal application of the law as anything other than FDA making a conscious choice to turn the vapor industry over to the predatory Big Tobacco companies that created this problem in the first place.  While the innovators in the vapor industry have both a moral and financial imperative to convert smokers over to less harmful vapor products, Big Tobacco has no such incentives.  They’re simply hedging their bets, ensuring that they continue to benefit from the pain, suffering, and death they’ve been causing for generations. With the help of federal public health agencies, Big Tobacco is becoming the only legal source for the less harmful off-ramp from smoking that millions of American adults have embraced and benefitted from by getting off combustible cigarettes.

At the end of the day, the message from the FDA is clear: If you keep smoking, Big Tobacco gets paid.  If you switch to vaping, they still get paid.  It’s obvious that Big Tobacco doesn’t care, and apparently, neither does American public health.