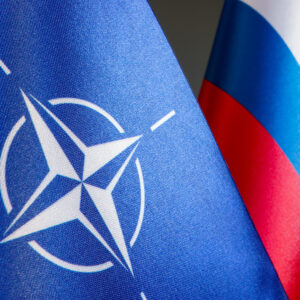 The United States and its NATO allies have worked to patch together an amalgam of sanctions, concessions, and diplomatic promises that could convince Russian President Vladimir Putin to back down from his threat to re-invade Ukraine. It’s proven difficult, with even the harshest warnings failing to deter the steady buildup of weaponry and troops along the countries’ shared border.

It didn’t get any easier Wednesday. “We’ve had very frank discussions, Vladimir Putin and I,” President Joe Biden told reporters. “And the idea that NATO is not going to be united, I don’t buy. … I think what you’re going to see is that Russia will be held accountable if it invades. And it depends on what it does. It’s one thing if it’s a minor incursion and then we end up having a fight about what to do and not do.”

The admission—which Biden expounded upon later in the press conference, publicly conceding there are “differences” in NATO countries’ willingness to stand up to Putin’s aggression—set off shockwaves in Washington, Kyiv, and, likely, Moscow. The White House scrambled to clarify Biden’s remarks—a Wednesday press release asserted any Russian military movement across the Ukrainian border would be met with “a swift, severe, and united response from the United States and [its] Allies” and Biden himself said Thursday there is “no doubt” Russia will pay a “heavy price” for any further aggression—but the damage was done.

Biden clarified Thursday that what he meant by “minor incursions ”were cyberattacks and paramilitary invasions. But Ukraine is plenty worried about those “gray-zone” attacks as well. “We want to remind the great powers that there are no minor incursions and small nations,” Ukrainian President Volodymyr Zelensky tweeted Thursday.

Biden’s “minor incursions” remark generated the most news, but what came next may have been even more damaging. “It wasn’t only the comment that he made, but the fact that he qualified it by saying that there would be fighting within NATO. He openly acknowledged that NATO is not on the same page,” Peter Dickinson—the Ukraine-based editor of the Atlantic Council’s UkraineAlert—told The Dispatch.

Whether Biden copped to them or not, NATO’s divisions were bound to come to the fore—and they have. On Wednesday, French President Emmanuel Macron called on the European Union to “conduct [its] own dialogue” with Russia separate from NATO and the United States. And in a joint press conference with Secretary of State Antony Blinken on Thursday, German Foreign Minister Annalena Baerbock dodged a question about her country’s willingness to halt the operations of Russia’s Nord Stream 2 pipeline in the event of an invasion.

Blinken has spent most of this week in Europe, meeting with the Ukrainians on Wednesday and Germans on Thursday. Friday he sat down with Russian Foreign Minister Sergey Lavrov in Geneva, Switzerland, for what could be one last-ditch effort to find a “diplomatic off-ramp” before things start to get truly messy. But Biden admitted Wednesday his “guess” is Putin will move on Ukraine at some point.

“[Putin’s] got these forces that he’s got to do something with,” said Jim Townsend, former deputy assistant secretary of defense for European and NATO policy. “They can’t stay on high readiness forever. They will begin to deteriorate in terms of their capability.”

Russian officials announced Tuesday an unspecified number of troops would be deployed to Belarus for “major war games,” but the Biden administration isn’t buying it. “This is neither an exercise nor normal troop movement,” a senior State Department official told reporters this week. “It is a show of strength designed to cause or give false pretext for a crisis as Russia plans for a possible invasion.”

The Kremlin continues to deny such plans, with Sergey Nechaev, its ambassador to Berlin, describing the move as “normal” preparation for joint military exercises. “We are reacting to the fact that our Western negotiating partners are flooding Ukraine with weapons,” he added.

Oleksiy Danilov—a senior Ukrainian defense official—told The Wall Street Journal yesterday he believes Russia will ultimately back down from a large-scale military incursion and opt instead to undermine Ukrainian leadership with cyberattacks, economic pressure, and disinformation campaigns. But Ukraine’s Defense Ministry announced on Tuesday it was mobilizing 130,000 reservists to bolster its 246,000-troop active duty military.

“[The Ukrainians] can’t physically stop Russia from invading,” Dickinson said. “But what they can do—and what they plan to do openly—is fight a prolonged guerrilla campaign, which they are very well-equipped to do. … They’re very motivated because they’re fighting in their own country against an enemy who is openly seeking to destroy them, seeking to deny their right to exist as an independent country.”

Charlotte Lawson is a reporter for The Dispatch.

Declan Garvey is an associate editor at The Dispatch.