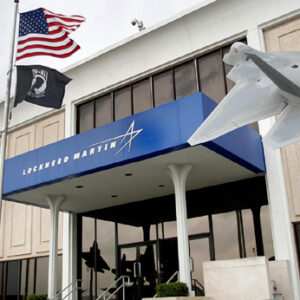 Biden’s Renewed Focus on Competition Should Include Defense Megamergers

There has been much attention paid to fostering competition in the American economy of late. In early July, President Joe Biden issued an executive order promoting this goal targeting key sectors such as health care, tech, and telecoms. Also included was a provision directing the Department of Defense (DoD) to “review the state of competition” within the defense industry.

An important place for the Federal Trade Commission (FTC) and the DoD to start, is to determine whether Lockheed Martin should be allowed to acquire Aerojet Rocketdyne, the last remaining independent U.S.-based solid rocket motor (SRM) producer. I say no.

The most significant issues include loss of competition, single point of failure concerns, effects on the secondary and tertiary supply chain, reliance on non-US providers for critical components, decreased innovation, and reduced research and development. These concerns around this proposed merger have grown so great that one senator recently called on the FTC to “re-evaluate the best method to protect competition when analyzing vertical deals.”

First, some background: In 1995, there were six U.S. companies involved in the production of SRM missile propulsion. By 2010, only two remained in the market — Orbital ATK and Aerojet Rocketdyne. When the FTC approved Northrop Grumman’s acquisition of Orbital ATK with certain “safeguards,” it left only one independent supplier of SRMs.

That means if the FTC and DoD choose to approve the Aerojet acquisition, we will be left without any independent U.S. SRM producers. While there are a few foreign companies that could supply some of the U.S. needs, most notably Nammo Energetics (Norwegian parent Nammo Raufoss), which provides SRMs to the Evolved Sea Sparrow and AMRAAM tactical missiles, there is much concern within Congress of using foreign SRMs in U.S. tactical missile systems.

We have seen the risks of a merger like this, such as when there was no competition in building the Ground Based Strategic Deterrent (GBSD). This was a direct result of Northrup Grumman’s acquisition of Orbital ATK. The “safeguards” stipulated in the wake of the merger, which were supposed to allow competitors access to Orbital ATK without fear of losing intellectual property (IP), simply did not work. No companies were willing to enter into a competition when the SRM supplier (Orbital ATK) was owned by one of the bidders. Anyone in the industry finds this as no surprise given the intensity with which companies guard their IP and bidding strategies.

After more than 30 years of service in the United States Navy, I have gained significant expertise in aviation and leading successful strike missions. While I leave the technical specifics to the experts, I do believe that many of the lessons I learned as a Carrier Air Wing Strike Leader during Desert Storm apply to competitiveness in the defense industry.

First, in aviation, we use checklists religiously to avoid disaster. Unfortunately, virtually every item in every checklist can be traced back to loss of life and/or property, so we learn from our mistakes. FTC safeguards have previously failed to effectively promote competition in the defense industry, as was the case with the GBSD contract, and lessons should be learned.

The experts failed to understand the real implications of the Orbital ATK acquisition, over-estimating the effectiveness of the FTC “firewalls” imposed on Northrup/Grumman to ameliorate concerns of the acquisition and under-estimating the aversion of rival companies to share critical information. Despite monitoring by DoD, in the end, the firewalls failed. There is no reason to think things will be any different with the proposed Lockheed Martin/Aerojet Rocketdyne merger.

Next, when planning a strike, always have backup plans. A strike plan that has no alternatives is doomed to fail. So it is with the development of weapons systems and their acquisition.

With certain weapons systems and scenarios, past consolidations have unfortunately left us with a single path to success in battle; one that is not tolerant of surprises or technical challenges and leaves little room for innovation.

Experts are concerned that there can be no significant innovation, let alone serious competition, if this trend of vertical consolidation continues. History has shown that much innovation comes not from the top, but from those most intimately involved in the process. The FTC and DoD should keep these consequences in mind as they review the potential impacts of the proposed Lockheed Martin acquisition.

Vice Admiral Lou Crenshaw (Ret.) is the former Deputy Chief of Naval Operations for Resources, Requirements and Assessments. He is now president of Crenshaw Consulting Associates. He wrote this for InsideSources.com.