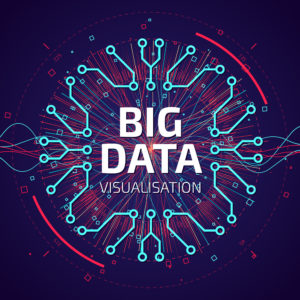 ‘Big Data’ Is Beyond Control

We are just beginning to get used to the term “Big Data” and its implications for every aspect of our lives.

The billions of messages as transmitted every minute via the creations of the billionaires of Silicon Valley are having a profound impact on American civilization.

The great difference between the United States and other countries is that the U.S. still has no single policy, no administration, no control tower overlooking an environment in which innovations every day are transforming society in ways in which average people are unaware and for the most part unconcerned.

The Federal Communications Commission and possibly the Federal Trade Commission would appear to exercise the greatest potential authority over a revolution in communications that is growing beyond the scope of government bureaucrats, wrapped up in conflicts among themselves and with politicians on the federal and state level.

The greater American public is aware vaguely of the power of Facebook and Whatsapp and YouTube and Instagram and all the rest, but Big Data is not a headline-grabbing issue in a year dominated by the coronavirus and political protests. Like COVID-19, Big Data is invisible, is not in the air, is easy to hide and untouchable.

Also, like COVID-19, it can have a devastating effect on billions of people. Unlike the disease, the effects will not be immediately physical, but they could be just as harmful.

“In the United States, there are no laws that currently regulate Big Data specifically,” writes Jacqueline Klosek, a lawyer with Goodwin Proctor, a law firm that specializes in high-tech issues. “Rather, companies seeking to participate in Big Data operations must ensure that their proposed activities comply with privacy laws that are applicable to the data involved in their operations, as well as the companies’ own privacy policies and all applicable contractual requirements.”

The issue of privacy is all-important as internet giants collect trillions of tidbits of information on all who use their services, whether for business or pleasure, on behalf of private enterprise or government.

In the United States, bitter disputes between federal and state governments, between agencies, between government and private interests make regulation all the more difficult.

Issues of censorship, of freedom to conduct business, of free speech collide with the whole question of privacy, the right to retain information on behalf of a person or a company or an arm of the government.

Consistent, enforceable regulation is extremely difficult if not impossible.

“In order to minimize some of the risks that may be associated with the use of Big Data,” Klosek continues, “companies often elect to anonymize or de-identify the data prior to conducting analyses or sharing the information with third parties. Anonymization of data can be a very effective mechanism for allowing a company to manipulate, analyze and study data without needing to be concerned about privacy considerations.”

While preserving the anonymity of sources of information, however, companies and government agencies face increasing scrutiny over whether they should be entitled to amass all the secrets about individual buying habits, tastes, penchants for alcohol or drugs, about their physical health, professional standing and police records.

Although the results may not be disseminated publicly, they go into storehouses of material that may be vital for a person’s future, for his or her position in the community and at work, for family ties.

“Big data can have big benefits,” writes Cayce Myers, legal research editor for the Institute for Public Relations. “It allows for in-depth analysis of patterns within behavior, and it provides a level of insight that is valued by academia and industry alike.”

However, he warns, “big data research is coming up against legal issues of privacy, government regulation, international access, and increased criticisms of digital information gathering.”

The numbers at stake are beyond the imagination of most of us. “Facebook, the largest social media platform in the world, has 2.5 billion users,” according to Esteban Ortiz-Ospina, senior researcher at the British non-profit Our World in Data.

“Other social media platforms including YouTube and Whatsapp also have more than 1 billion users each. These numbers are huge. There are 7.7 billion people in the world, with at least 3.5 billion of us online.”

Eventually, “the role and potential power of big data may change,” writes Myers. “Federal regulation of big data is done through a variety of statutes. To appreciate fully privacy in the United States, it is important to note there is no one unified federal privacy law. Rather, privacy regulations come in the form of separate statues and agency regulations.”

In the confusion of arguments and counter-arguments, a coherent U.S. policy on Big Data may not be possible.

Big Data, having originated in the United States, now appears like a monster, growing ever stronger and impossible to control.