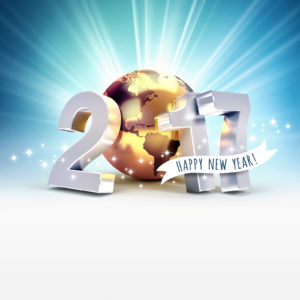 The Big Ideas of 2016 — Myths, Lies and a Dismal Narrative

The great, world-changing actions are the decision of Britain to leave the European Union — Brexit — and the election of Donald Trump as president of the United States. Both pointed to electorates that had had it with the status quo and the elites who run things.

On either side of the Atlantic the status quo got the heave-ho.

The victors in these elections relied on and triumphed with a simple strategy: a propaganda coup. They told the electorate that things were worse than they actually were.

Start with Britain. Those who campaigned to take Britain out of Europe took an ancient, maybe primal, desire of an island people to remain unattached and exploited it with cunning, disinformation and suspect numbers.

Britons were, this narrative claimed, suffering under the yoke of European bureaucrats. Yet if you ask people in Britain — let us remember this was an English issue and not a Scottish, Welsh or Irish one — to tell you how they have been adversely affected by the European Union, they cannot tell you.

Britain is one of the most successful nations in Europe and, therefore, the most influential. From architecture to banking to theater, Britain leads the way. Now that is to be ended for small-nation status and mythology about sovereignty.

The nation that has given so much to the world has voted to be insignificant and poorer, all because of leaders telling them that they were oppressed by Europe in unquantifiable ways.

During his presidential campaign, Trump used the same argument as those who wanted Britain to vote to roll back history: Things are awful and getting worse. This postulated that the government has fallen into the hands of people who cannot administer, and that the United States has crushing unemployment.

When it came to foreign relations and trade, Trump averred that our negotiators are feckless pushovers, always ready to cave. Not so. Around the world, we are respected for our powers of negotiation and the depth of expertise we bring to the table.

The Hobbesian Trumpian view of things contrasts with unambiguous facts: The nation’s economy has been growing, unemployment is below 5 percent with shortages in many blue-collar fields, and manufacturing is growing.

Like the “Leave” campaign in the United Kingdom, Trump has emphasized the role of regulation in holding back economic expansion. This is the “Gulliver’s Travels” vision of the economy; that there is an economic giant yearning to be free and to lift economic growth when the pesky regulations that keep him tied up are ditched.

Well, perhaps some. The historical picture of deregulation is mixed.

Deregulation of oil and gas — particularly with gas — led to an increase in supply even before the hydraulic fracturing (fracking) boom.

While airline deregulation resulted in many more cheaper — and more unpleasant — flights, it also left many small cities with fewer and more expensive ones.
Electric utility industry deregulation has been a mess, resulting in weaker companies, stranded investment and no consumer dividend.

Banks howl at regulations and go off the rails when they are slackened, as with the savings and loan scandal and the mortgage debacle. Maybe when greed is a profession, regulators will be needed.

Regulation is not across-the-board deleterious. Relaxing some will help some national goals, like building more pipelines to move the hydrocarbon bounty to market. But keeping pipelines safe is a regulatory necessity.

The Trump administration will come to power burdened with weight of expectations it has ignited.

This was the year where shaded facts, political myth and old-fashioned lies dominated the discourse.

Expectations levitated in 2016 will fall to earth in 2017 — softly one hopes. As for the big idea? It has not yet been Tweeted to us.