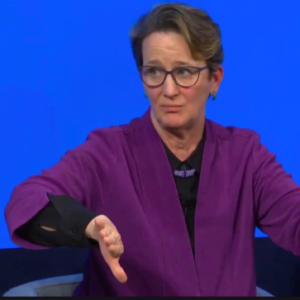 As the 2020 election heats up, union officials are scrambling to have their voices heard.

Mary Kay Henry, president of the Service Employees International Union, recently proclaimed, “We need to put working people in charge. Because when workers organize, we can make bigger change, and we can make it stick.”

Others are being even more direct: Christopher Shelton, president of the Communications Workers of America, has vowed “to fight against the inevitable onslaught of more new anti-worker regulation from the Trump administration.”

But are union officials actually practicing what they’re preaching — that is, putting their members’ interests first? A deep dive into union financial disclosures suggests otherwise.

Under the Labor Management and Reporting Disclosure Act (LMRDA) of 1959 — which celebrated its 60th anniversary in September— America’s private-sector labor unions are required to make their finances transparent to dues-paying union members. Each union files the Form LM-2, a detailed accounting of any expenditure exceeding $5,000 in a given year. For many national unions on a mid-term fiscal year, those LM-2 reports were due at the end of last month.

What they reveal are outrageous expenditures unrelated to worker empowerment. Take the International Brotherhood of Electrical Workers, which ran up nearly $29,000 in bills at “Dick’s Last Resort” — a national chain of dive bars.

While some unions hit the drinking hole, others sponsor bad baseball teams. The United Association, also known as the Plumbers and Pipefitters Union, put more than $153,000 in member dues behind sponsoring the Baltimore Orioles — the second-worst team in baseball, having lost 108 games in 2019.

Perhaps the oddest recipient of union funds was the “Institute of Noetic Sciences,” a pseudoscientific “parapsychology” nonprofit organization that also runs California’s “Earthrise transformative learning center.” In fiscal year 2019, the institute received $10,000 from Shelton’s union, the CWA, for “organizing” and other purposes. Does Big Labor need to use hypnosis and telepathy to make the pro-union pitch?

While union expenditures range from the laughable to the downright absurd, they also demonstrate just how crucial Big Labor is to the broader left-progressive infrastructure. After detailing the organizing expenditures, political advocacy spending, and “contributions, gifts and grants” made by union officials, the extent of Big Labor’s involvement in left-wing politics becomes all too clear.

For example, the AFL-CIO — America’s largest federation of labor unions — reported making a $60,000 expenditure to support “voter turnout and voter protection” by NEO Philanthropy, “c/o FCCP.” One can surmise that “FCCP” refers to the Funders Committee for Civic Participation, a NEO-affiliated collective of left-wing entities involved in Census and voting issues. The American Federation of Teachers, meanwhile, increased its sponsorship of Women’s March, Inc. from $25,000 to $50,000 — even after the controversial organization was linked to anti-Semitism and radical extremism.

What does the Women’s March have to do with recruiting new members or increasing teacher salaries? Your guess is as good as mine.

Fortunately, union members — those represented by the AFT and others — now know the truth about their unions’ spending practices. Because of the LMRDA and efforts by the George W. Bush administration to properly implement it, working Americans have the ability to see where their hard-earned dues money is actually going.

What’s unfortunate is that money continues ending up in the wrong places — from five-figure beer tabs to left-wing politicking. Big Labor may preach worker empowerment, but the money trail leads us down a different path.

Michael Watson is research director at the Capital Research Center. He wrote this for InsideSources.com.