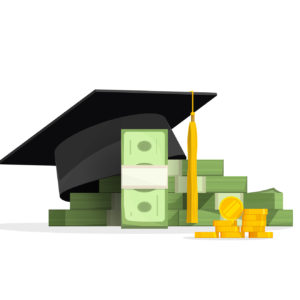 The federal government provides billions of dollars in aid every year to higher education institutions where fewer than a quarter of students succeed in graduating or repaying even a single dollar of principal on their student loans, according to a recently released analysis of federal data. While outcomes are slightly stronger for certain higher education organizations (four-year institutions and private non-profits), no sector is immune from suffering low-performing aid-eligible institutions among its ranks.

The study, issued by the centrist Washington D.C.-based think tank, Third Way, describes “The State of American Higher Education Outcomes.” The report relies on Education Department data released earlier this year gathered from the over 5,300 higher education institutions eligible for federal student aid. Notably, the data excludes information from transfer students and students who re-enroll in higher education after having dropped out previously—though the author of the report postulates that these omissions do not radically alter most of the top-line findings.

The report examined three main types of higher education institutions with three types of organizational structures. Colleges and universities were broken down based on whether they awarded four-year bachelors degrees, two-year associates degrees, or shorter-term certificates. The schools were then divided further based on whether they were managed on public, private nonprofit, or for-profit models. The study then looked at the data sets to see what percentage of institutions in each category had a majority of students graduating in a timely fashion, were earning more than the median worker with only a high school diploma, and were beginning to repay their loans within a few years of graduating.

The study is significant if only for the huge amount of money the federal government spends on higher education. In addition to Pell Grants for low-income students, Washington also offers various low-interest loan packages to students based on their means and the type of degree they are pursuing. According to the report: “Last year, the federal government made a commitment of nearly $130 billion in taxpayer dollars (not including federal educational tax benefits) to support students and institutions of higher education in the form of grants and loans. This is more than the entire 2017 budgets for the Department of Energy, Department of Homeland Security, and Department of Justice combined.”

While the numbers for four-year bachelor degree programs were relatively strong, some of the most disturbing findings emerged from the shorter degree programs. For example, according to the report, “Only 21 percent of two-year institutions see the majority of their students beginning to pay down their loans within three years of leaving.”

Even more striking are the earnings outcomes for students who enroll in certificate programs. Nearly 1,000 certificate programs eligible for federal aid (representing about three-quarters of the total), have a majority of their former students earning less than the $25,000 median income of a high school graduate. In other words, there are hundreds of thousands of students drawing down federal aid to attend schools that statistically are most likely to leave them worse off financially than if they simply entered the workforce upon leaving high school.

Perhaps the one silver lining identified by the researchers is that there are more institutions operating at the extreme top end of the spectrum, than the bottom end. Buoyed mostly by strong performance from select private nonprofit four-year institutions, there are just over 100 schools in the U.S. that churn out student bodies that graduate, earn a good living, and pay back their loans more than 75 percent of the time. Only 3 institutions featured former students that failed on all three metrics more than three-quarters of the time.

Nevertheless, there are still over 100 higher education institutions in the United States that receive federal aid while graduating less than a quarter of their students while also having less than a quarter of their students put any kind of dent in the loans they take out. As the report noted, these institutions receive a “staggering” $5.9 billion every year from taxpayers through loans and grants. If and when the students attending these institutions default on their obligations, the federal government is then left holding the debt.

Reforming federal aid for higher education is a decidedly complex endeavor. An Obama administration crackdown on low-performing for-profit institutions received major blowback and is being slowly reversed by the new administration. Meanwhile, proposed conservative solutions, many of which involve a return of private capital to loan markets, have some fearful that minority students and students from low-income backgrounds would be most likely to lose out on access to higher education.