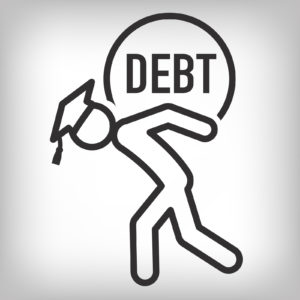 A panel of experts agreed that the federal government’s student loan programs are too confusing for borrowers and that a return to the pre-Obama era FFEL program would do little to solve systemic problems.

The American Enterprise Institute, a conservative think-tank based in Washington, gathered a panel of scholars, loan program advocates, and an executive from a private loan refinancer for an event on Wednesday called “Mix carefully: Using private capital to reform federal student loans.”

According to Jason Delisle, an AEI scholar who opened the proceedings and sat on the panel, Americans have $1.2 trillion in student loans currently outstanding. Other estimates have placed that figure at $1.4 trillion, either of which would make the system one of the government’s largest, along with its home mortgage program.

Rather than focus on the amount of outstanding debt, Delisle, who also published a paper to coincide with the event, framed the conversation as an opportunity to reevaluate the federal government’s “total dominance” in the student loan market.

Since 2010, the federal education department has been the direct lender to parents and students seeking to borrow money for higher education through the Federal Direct Loan Program. Previously, private companies issued loans, and the debts were underwritten by the government’s Family Federal Education Loan (FFEL) program.

Delisle said the system has morphed into “an entitlement.” Any student who has been accepted into an approved post-secondary school is eligible for thousands of dollars at below-market value interest rates.

In addition, while there are caps on how much an undergraduate can borrow, there is no limit on how much money graduate students can access.

Despite the spiking cost of going to college and the massive dollar value of loans the government has on the books, most of the panelists did not agree when asked if the program is in full-crisis.

When asked what improvements could be made, Beth Akers, a conservative scholar at the Manhattan Institute, said the emphasis should be simplifying the program for parents and students, both when they take out a loan, as well as when it comes to repayment.

Akers, who recently offered expert testimony before Congress, said the ideal system would feature “one loan and a single repayment plan, with a default enrollment into income-based-repayment.”

Currently, borrowers have multiple options both for borrowing as well as for repayment.

In a college access climate in which a substantial number of low-income students don’t even fill out FAFSA forms that offer them free student aid, there is a widespread belief among most loan experts that many students end up in programs that are not in their best interest.

All of the panelists agreed with Akers that if nothing else, the program should be simplified.

James Bergeron, of the National Council of Higher Education Resources, and Zakiya Smith, of the Lumina Foundation and a former Obama education department employee, also stressed the importance of ensuring that borrowers are well-informed and financially literate when entering the program.

Bergeron also said that policymakers need to decide if the “government is running a student loan program or student assistance program?” In other words, a political determination needs to be made if higher education should be subsidized, or if lenders—whether public or private—should expect to be able to fully collect on each loan.

The assistance versus loan debate is key for experts who are trying to redesign the way student loans are structured.

A loan program run by the private sector would arguably decrease the total amount American’s borrow, decrease the cost to taxpayers, and lower the default rate by excluding people with bad credit.

Free-market conservatives like Delisle, who also said that a return to the pre-2010 FFEL program would not go far enough to increasing market competition, favor that private sector approach.

In his paper, Delisle said that because the government made FFEL loans available to all, and underwrote the loans, the program “offered none of the benefits one might associate with private markets.”

Other experts disagree that private bankers should be let back into the student-loan action. They argue that returning loans to the private sector would disproportionately prevent low-income and otherwise disadvantaged people from pursuing higher education.

Rob Lavet, a former Sallie Mae employee and current general council at the private loan re-financier SoFI, floated some of the more adventurous reform ideas discussed by the panel.

Lavet said “schools should have some skin in the game.” He questioned whether the government should be lending to those students entering institutions with multi-billion dollar endowments.

If colleges were responsible for part (or all) of a student’s loan, they would be less likely to admit students who are unlikely to graduate and then default, he argued.

Lavet also suggested that the government might explore offering lower rates for students pursuing skills that are in greater economic demand.

Delisle, the AEI scholar, objected to the idea of steering people into certain majors through interest rate incentives as contrary to a conservative small-government ideology.

Lavet was also the first panelist to bring up another reform that had some purchase across the panel: scaling back or eliminating the government’s role in Grad-PLUS and Parent-PLUS lending.

“Grad-PLUS, to me, makes no sense,” he said of the program that allows graduate students to take out an uncapped amount in federal loans.

“If graduate schools are producing quality programs and getting their students graduated, the private sector can finance that,” said Lavet. Though he also argued that the government should underwrite those programs.

One of the notions undergirding the panel’s discussion is the “Bennett Hypothesis,” laid out by former Reagan Ed-Sec. Bill Bennett in a 1987 op-ed. At the time, he wrote that “increases in financial aid in recent years have enabled colleges and universities blithely to raise their tuitions, confident that federal loan subsidies would help cushion the increase.”

While studies have shown that every extra dollar in federal aid does not necessarily correspond to an extra dollar of tuition costs as some claimed at the time, there is a smaller but significant correlation between increasing federal higher education support and rising tuition rates.

Finally, toward the end of the discussion, the panelists centered on another reason why pulling back the federal direct loan program is politically difficult to achieve. That political difficulty is based on how the program’s costs are calculated by the Congressional Budget Office (CBO).

According to the CBO, the direct loan program is actually profitable to the government.

Peter Warren, a lead staffer for the Senate’s budget committee chaired by Mike Enzi, R-Wyo., who had been in the audience, commented during the question-and-answer portion of the event that under current accounting rules “the marginal cost of student loans is less than zero.”

“It’s hard to overestimate the impact that has on policy,” said Warren.

Delisle immediately stepped in to agree that, in his opinion, the CBO should be given more latitude in how it calculates the cost of the direct loan program.

He asked the audience to consider all the problems with the program discussed by the panel and circulated in the media: that the program makes unlimited loans to some—no questions asked, that some loans are forgiven and other borrowers are offered generous income-based repayment plans, and that the program offers loans for students in low-quality for-profit colleges where they’ll have little chance of paying down their debts.

“But it makes money?” he asked in bewilderment.

“There are 8 million people in default, but it makes money? It just doesn’t make any sense.”