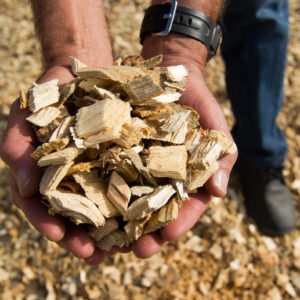 Biomass Energy From Forests Can Be Sustainable and Carbon Neutral

The issue of carbon neutrality for wood-based bioenergy just won’t go away. In recent months, Politico, The New York Times, and CNN all have run high-level stories that take the Europeans to task for using wood pellets from the U.S. South because of concerns that wood-based biomass is not carbon neutral.

The problem with all these stories is creating biomass energy from forests in fact is carbon neutral. There may be equity issues, as CNN raised, or local problems with the implementation of sustainable forest practices, but economic analyses consistently show that wood-based bioenergy is not only carbon neutral, but it reduces the net climate impact of household electricity consumption when it substitutes for fossil-based electricity.

Many scientists don’t want trees planted and harvested for anything, let alone energy. So they argue that wood bioenergy isn’t carbon-neutral at all. This was basically the argument of a group of 500 scientists who wrote a public letter to several heads of state last winter.  Many of the arguments made against wood bioenergy – high emissions when trees are harvested and a carbon debt – sound compelling, but fall apart when contrasted with reality.

Consider the “carbon debt” idea, which says that after trees are cut and burned for electricity, it takes a while for trees to regrow, and in the meantime, their emissions cause the same kinds of damages as the fossil energy they replace. Anybody can see that burning trees releases carbon. But this carbon has been stored in those trees for 30 to 50 years, not millions of years like coal or natural gas. Furthermore, trees regrow fairly quickly.

Look, if we were harvesting old-growth trees and converting them to electricity, then biomass-based electricity would be a problem. We would be taking carbon that had been cycling in a natural system for perhaps thousands of years, and burning it up. Trees that replace those old-growth stands would take hundreds to thousands of years to rebuild that carbon. More importantly, we would be losing amazing natural assets that host incredible biodiversity.

Yes, society has the capacity to do something as stupid as that, but in this case, it turns out we aren’t that dumb. Most trees burned for electricity today were planted or grown specifically for the purpose of harvesting them. This idea is really hard for people – even Ivy League economists – to get their heads around, but the truth of market economics is that when trees are valuable, people plant them as an investment.

U.S. Forest Service estimates that since the 1920s, foresters have planted 137 million acres of trees. Today there are 68 million acres of planted forests standing in the U.S., which is 13 percent of all timberland. Planted forests are concentrated in the South, where they represent 23 percent of all timberland. Most of this planted forest, 85 percent of it, lies on private land and is driven by markets. Since the early 1900s, timber prices have risen 3-4 percent per year, and foresters have gained more than 30 percent in yield by planting trees rather than relying on natural regeneration. Indeed, there is a hefty economic incentive to plant forests.

Most of the carbon emitted when wood is burned for electricity is taken from forests that were managed to be harvested eventually.  This means most of the carbon was removed from the atmosphere relatively recently, and as a direct result of human interventions.

Because of the way we have managed our forests in the U.S., they have been storing increasing amounts of carbon in trees for over a century. We liquidated large stocks of old-growth forests in the last century, but over that period the U.S. has increased the total CO2 stored in forests by 43 billion tons. And since 1990, the U.S. has sequestered an additional 16.6 billion tons of CO2 in forests. This fact is true for the globe as well. From 1900 to the present, society shifted nearly two billion acres from forest to agriculture, releasing massive amounts of carbon, but amazingly, forest regrowth has more than offset these emissions.

Despite all we have thrown at them – old-growth harvests, deforestation, and invasive species– trees are cooling the earth at a greater clip year by year.  In the U.S., around 20 percent of the current carbon in forests has been put there in the last 30 years, and up to 50 percent in the last 100 years. A critically important reason for this is that people have invested in trees by planting and managing them specifically for the products they can produce. When we use trees today, we don’t create a carbon debt for the future, we instead use a credit from the past.

The best way to pay this credit forward is to create market incentives that encourage foresters to replenish the forests they use. Replanting trees will happen with markets as demand for wood increases. Many people mistakenly worry that the rising demand for wood will lead to only one thing – falling trees. But this view ignores the last two centuries of forest history where we have continuously increased the area of planted forests to produce the things we value – houses, paper, furniture, and now electricity.

It’s simple economics really, anything that makes wood harvesting more profitable leads to increased investments in growing wood. People and companies invest in things that are valuable, and investors have planted trees all over the world just to make a profit. There are nearly 300 million acres of plantations globally, planted expressly for the purposes of cutting them down for products.  These trees are providing carbon storage today, and a sustainable supply of wood products now and in the future.  These plantations are critical for the environment because they alleviate pressure on natural forests.

Concerns about the carbon neutrality of wood bioenergy are based on an old model of forestry liquidation that did exist in the past. But across a rapidly increasing area of the world’s forest estate, quietly and relentlessly, markets have driven us to a renewable forestry sector. Renewable forestry is already evident in Europe, the U.S., China, New Zealand, Australia, Japan, South Korea, and elsewhere.  It is wrong environmentally and economically to ignore this and to conflate the historical liquidation model with the renewable management model that today already does deliver carbon-neutral biomass energy.

Brent Sohngen is professor of environmental and resource economics at the Ohio State University. He wrote this for InsideSources.com.