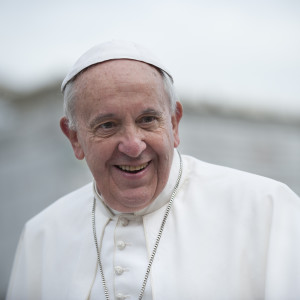 Bipartisan Enthusiasm for Pope’s D.C. Visit, Despite Conservatives’ Concerns About His Liberal Views

When Pope Francis visits Washington, D.C., from Sept. 22-24, he’ll be the first pontiff in history to address a joint session of Congress. Among other things, his speech will be a victory for Republican House Speaker John Boehner, a devout Catholic who’s been trying to set up a papal address to lawmakers for decades. Last month, the Ohio representative released a video promoting Francis’ appearance, saying Americans are drawn to the pope’s teachings about helping the poor and the need to be more religious.

Yet Boehner’s video was also a reminder of the delicate dance conservatives are doing to embrace Francis while distancing themselves from his notably progressive stances on issues like economic inequality, climate change and President Obama’s nuclear deal with Iran. After praising the Holy Father’s call for greater religiosity, the speaker addressed the elephant in the room: “He’s got some other positions that are a bit more controversial,” Boehner said. “But it’s the Pope!”

The New York Times reported on this tension back in July, noting that some Republicans are also worried about the potential for a big budget battle or even a government shutdown during Francis’ visit. The paper noted that the papal visit could carry risks for progressives — “House Democrats, including their leader, Representative Nancy Pelosi of California, who is also Catholic, have their own disagreements with the pope, who opposes abortion and same-sex marriage” — but liberals hardly seem worried.

Under the headline “The Pope Is Ready to Trash Capitalism to Money-Loving Americans,” Bloomberg reported this week that Francis “plans to denounce gross inequality and planetary neglect” and “seems likely to rattle politicians and business leaders in a country widely seen as the bastion of capitalism.” Plus, it’s looking like Obama and the pope won’t discuss abortion when the two meet.

When the Wall Street Journal asked the president what he and Francis would discuss, Obama anticipated discussing poverty, the environment and issues of war and peace. He praised the pope as “a transformative leader, not just within the Catholic Church but globally.”

On Thursday, another high-profile Democrat in D.C. had her own fulsome praise for Francis. During a press conference about the logistics of the papal visit, Mayor Muriel Bowser called the Pope “a breath of fresh air.”

“As a Catholic, I am just delighted with his willingness to take on issues that we haven’t seen discussed in our church,” she said. “As a person who cares about the earth, I’m excited that he is taking on climate change.” Bowser also praised Francis for his commitment to ending homelessness — a key priority of the mayor’s administration.

Also at the mayor’s event, a Secret Service agent said the scale of the papal visit will compare to that of a presidential inauguration. During the speech to Congress on the 24th, Jumbotrons will be set up on the West Front of the Capitol for the public to watch the address.

Of course, none of this comes as a surprise. Bowser described Francis, accurately, as “probably the most popular person in the world.”