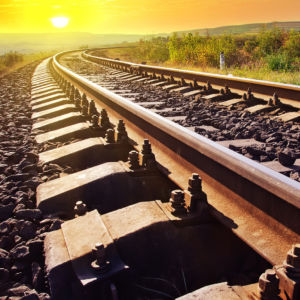 During an election cycle, it’s easy to get caught up in partisan politics and the issues that divide us. But the close of 2015 brought significant, bipartisan progress in an area that affects millions of Americans daily: transportation, and more specifically, freight rail.

In that same spirit, we have joined with more than 120 political, business and community leaders from all across the nation in thanking Congress for keeping the importance of freight rail to our communities in the front of their minds.

Led by Sens. John Thune and Bill Nelson and Reps. Bill Shuster and Peter DeFazio, Congress passed the Fixing America’s Surface Transportation (FAST) Act last December with overwhelming bipartisan support. The legislation is the first long-term surface transportation bill in over a decade. In addition to providing $305 billion in funding for infrastructure over the next five years, it addresses a range of issues concerning the nation’s roads, transit systems and railways.

For the nationwide rail network, the FAST Act delivered important safety enhancements and provisions that will allow critical rail infrastructure projects to move more quickly from “shovel ready” to “shovels in the ground,” and help ensure freight railroads continue in their vital role as the strong backbone of the American economy.

A FAST Act provision extending a tax credit for short line railroad infrastructure upgrades will also enhance efficiency across the network, providing tangible benefits to communities across the United States that depend on railroads to connect them to the global economy.

Privately owned freight railroads plan to spend and invest $26 billion in the rail network in 2016 to continue their strong record of providing safe and affordable freight transportation service to American farms, manufacturers and consumers. Thanks to balanced federal policies, railroads sustain over one million jobs across the economy and ensure that the goods essential to our daily lives – from food and clothing and to energy and water treatment chemicals – are moved efficiently and safely.

The efficiency of the North American rail network also saves fuel, decreases pollution and eases the burden on taxpayers by reducing wear and tear on roads and bridges.

Amid a backdrop of partisan politics, Congress remarkably came together to pass the FAST Act and rail provisions that will enhance safety and efficiency for years to come. Let us hope they can continue to build on this success moving forward.