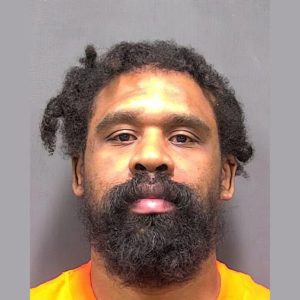 Grafton Thomas was charged with 5 counts of attempted murder following a bloody machete attack on a Hanukkah event in Monsey, N.Y.
[IS] Opinions

On the last Sunday of 2019, CNN anchor Jake Tapper went there. For many in this case, “there” is forbidden territory.

Tapper, in interviewing Oren Segal, vice president of the Anti-Defamation League’s Center on Extremism, was discussing the disturbing spate of recent anti-Jewish verbal assaults and physical attacks, especially in the New York City area in December, asking: “So, it appears that many, if not most, of these attacks were allegedly carried out not by white supremacists, not by the alt-right, but by people of color. What’s your response when members of the orthodox community say — and I have heard them say this, and I’m sure you have too — that there would be more of an outrage if the attackers were white supremacists and thus fell more easily into a political narrative?”

But it’s time to probe deeper. First, let’s go to the videotape — for documentation.

A woman from Israel was scratched in the face, cursed out, targeted with anti-Semitic slurs and openly humiliated by a black woman while riding a New York subway last month; a man dressed in traditional Orthodox Hasidic Jewish clothing was bashed with a chair and punched by a group of young black males while walking in Brooklyn; a black woman named Tiffany Harris was arrested for harassing and slapping at least three Jewish women, and there have been several other ugly, similar incidents.

On Dec. 28, a black man wielding a machete entered a rabbi’s home in Monsey, N.Y., and stabbed at least six Jewish celebrants during a Hanukkah event. The alleged assailant faces six counts of attempted murder, prosecutors said, as security in many Orthodox Jewish neighborhoods has been beefed up by police and the Guardian Angels citizens patrols.

The aforementioned incidents have been labeled “an inconvenient truth,” according to The Jerusalem Post. Author Seth J. Frantzman wrote this in the Post: “America as a whole can’t mourn Orthodox Jews and it can’t confront perpetrators when the perpetrators come from a minority community. This is inconvenient anti-Semitism and it is a kind of anti-Semitism privilege.”

Translation: Frantzman’s point is that many Americans oh-so-desperately want the assailants in these cases to be white nationalists or white supremacists — you know, the Dylann Roof-types.

And when they aren’t, there is collective disappointment by many.

It’s super easy to blame white nationalists/supremacists. A reflexive action, like the normal blinking of eyes. Remember what Michigan congresswoman Rashida Tlaib — a member of the ultra-progressive so-called “Squad” among Democrats — did soon after the Jersey City Massacre. She posted on Twitter: “This is heartbreaking. White Supremacy Kills.”

Suppose a black citizen per day was attacked on the streets, subways and homes of New York by a white person. One a day, similar to the plight of Orthodox Jews.

History says the two Roving Reverends of Recompense — also known as Al Sharpton and Jesse Jackson — somehow, someway would find themselves in front of microphones and on television demanding justice and mobilizing national marches and boycotts. If there is a camera to be found, they will locate it in radar-like fashion. Guaranteed.

Is there hypocrisy here? No doubt.

As historian Myron Magnet, author of “Clarence Thomas and the Lost Constitution,” said on CNN the other day, “It would be very nice if black leaders like Al Sharpton and Louis Farrakhan did not preach anti-Semitism.”

Sharpton reportedly met with New York rabbi Marc Schneier, president of the Foundation for Ethnic Understanding, last week, saying at a news conference, “We in the African-American community know all too well how abhorrent hatred, based on physical appearance or religious observance, is. We cannot now be a part of something that members of our community are doing to other people.”

However, because of Sharpton’s disingenuous past, we forever remain skeptical regarding his authenticity and sincerity.

Now, will we see a repeat of the 1991 riots in the Crown Heights neighborhood in Brooklyn, where Orthodox Jews were pitted against black folk during three days of ugly violence and vitriol?  Remember, Sharpton’s incendiary rhetoric helped inflame that unrest.

On Sunday, Brooklyn was the site of a national “No Hate, No Fear” march against anti-Semitism, attended by thousands.

All of this dredges up an age-old question: Can some black folk be racist?

Many have said no. Because of the vestiges of slavery, Jim Crow segregation laws and legacies of systematic oppression. However, any logical person can experience a reality check — right about now.

That means a black person can be just as racist as anyone else in the world. We have seen the racist actions and heard and read the racist words.