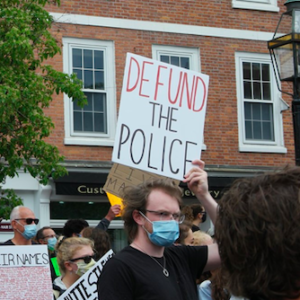 Does America have a “racist cop” problem?

It’s easy to believe so when watching the disturbing videos of the deaths of George Floyd, Eric Garner and Tamir Rice at the hands of the police. But do horrific, high-profile cases like these accurately reflect the treatment of black Americans by the police?

Many observers say no.

About twice as many white people as black people are killed by police. “In fact, in about 75 percent of police shootings, the decedent is not black,” says Andrew McCarthy, a columnist with the National Review.

“This pandemic of civil violence is more widespread than anything seen during the Black Lives Matter movement of the Obama years, and it will likely have an even deadlier toll on law enforcement officers than the targeted assassinations we saw from 2014 onward,” McCarthy wrote. “It’s worse this time because the country has absorbed another five years of academically inspired racial victimology.”

While the current national narrative is that black Americans are, as some Black Lives Matter advocates claim, being “targeted” by police, Rafael Mangual, deputy director of legal policy at the Manhattan Institute, says that view is backward.

“I think it is certainly fair to say that police have had a target on their backs for some time,” he told InsideSources.

“And I think that the people holding the microscope — the special interests pushing for criminal justice reform — have found success in casting nuance and context aside to make police out to be this violent cog in a racially oppressive criminal justice system and I think it’s really problematic,” Mangual said.

According to The Washington Post database, there were nine cases in the United States last year in which unarmed African Americans were fatally shot by the police. Meanwhile, 48 police officers were murdered in 2019 in felonious assaults, according to FBI data.

The Post also notes that the number of citizens killed by the police has remained steady despite changing circumstances.

But critics say the Post and other media outlets promoting the “racist cops” narrative are misreading the numbers. For example, it’s frequently reported that 23 percent of those shot and killed by police are black, but black Americans only make up 13 percent of the population.

However, it’s also true that, as Heather Mac Donald reports, African Americans make up 53 percent of known homicide offenders and commit about 60 percent of robberies.

Mac Donald, a Manhattan Institute scholar and author of the book “War on Cops,” writes in the Wall Street Journal: “However sickening the video of Floyd’s arrest, it isn’t representative of the 375 million annual contacts that police officers have with civilians. A solid body of evidence finds no structural bias in the criminal justice system with regard to arrests, prosecution or sentencing. Crime and suspect behavior, not race, determine most police actions.”

Other studies, however, indicate that biases still remain.

For example, a Stanford University analysis of 100 million traffic stops conducted across the country found that black drivers were less likely to be stopped after sunset. Because police can’t identify the race of the drivers after dark, researchers say this data suggests bias in their decisions about who to stop. Their research also found the bar for searching black and Hispanic drivers was lower than that for searching white drivers.

Still, Mac Donald argues, saying that police practices can be improved and reformed doesn’t legitimize violence — either on the streets or targeting cops.

“Officers are being assaulted and shot at while they try to arrest gun suspects or respond to the growing riots,” she said. “Police precincts and courthouses have been destroyed with impunity, which will encourage more civilization-destroying violence.

“Floyd’s death should not undermine the legitimacy of American law enforcement, without which we will continue on a path toward chaos.”