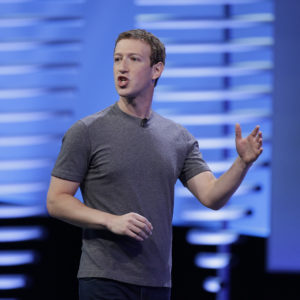 Black media outlets concerned with Facebook’s growing influence over online news media are calling on the federal government to regulate the social network, which has grown into a major driver of news consumption in recent years.

According to the National Newspaper Publishers Association (NNPA) — the largest black-owned media resource in the U.S. with more than 200 black-owned media companies — Facebook drove 43 percent of all traffic to the top 400 news websites last year, placing the content readers see at the behest “of powers unheard and unseen as never before.”

“With so much power in the hands of one company, we risk surrendering our own decisions about what is or isn’t newsworthy to a gatekeeper who may someday push only stories it deems worthy,” NNPA CEO Ben Chavis and chairperson Denise Rolark-Barnes wrote in an op-ed Monday.

“It is time regulators took a hard look at Facebook and its news aggregation and promotion practices in an effort to bring some much needed transparency to the new media king,” they said.

Their concerns primarily revolve around Facebook’s “Trending Topics” and the algorithms, formulas or biases the social network uses in its ranking of the most relevant news targeted for users.

“The tech company isn’t transparent in its methods. So we don’t know whether the viewpoints of black publishers are heard or if there is a bias against our views,” the NNPA leaders wrote. “Without knowing how Facebook’s ‘Trending Topics’ or other algorithms are used in promoting stories, the owners of black-owned newspapers, magazines and other media are left only to wonder why the stories our outlets produce are relegated to the margins – if they are acknowledged at all.”

It isn’t the first time Facebook’s news selection has made the news. In May, former Facebook employees told Gizmodo they manipulated the site’s Trending Topics news feed to suppress conservative news and boost stories with a liberal slant.

Lawmakers including Republican Chairman John Thune of the Senate Commerce Committee, which oversees technology, communications and internet policy, have since demanded Facebook workers charged with curating the feed brief Congress, and Facebook COO Sheryl Sandberg personally met with lawmakers and conservative lobbyists earlier this month to address their concerns.

Sandberg said ideally machines would curate the feed free of human input, but that such a system isn’t technically feasible yet. In lieu of the questions surrounding Trending Topics, she said the company plans to implement “political bias” training for employees.

It’s also not the first time in recent months black-owned media have raised concerns about Silicon Valley — well-known for its lack of employee diversity — controlling access to their content.

Members of the Congressional Black Caucus were joined by executives from BET and other diverse programmers in May to raise concerns about the FCC’s proposal to compel pay-TV providers like Comcast and DirecTV to open their video content to potential third-party set-top box makers like Google.

BET CEO Debra Lee said the plan will likely suck advertising revenue from networks, since Google won’t have to pay for the content but will be able to offer its own advertising around it. Others worried the on-demand nature of TV products from Apple, Google and others will marginalize diverse programming already struggling to compete.

New York Rep. Yvette Clarke said there’s “no current guarantee that Silicon Valley will do a better job at prioritizing diverse and inclusive programming based on what they have demonstrated so far.”

According to the NNPA, the shifting tide of media moving online is only going to grow, with 63 percent of Americans and 74 percent of millennials already going to Facebook as their source for news.

“The internet was supposed to change all that by bringing a diversity of viewpoints to the table,” Chavis and Rolark-Barnes wrote. “While this has indeed happened, the emergence of one or even a handful of powerful gatekeepers like Facebook raises profound questions about the nature of news in this country in the years to come.”