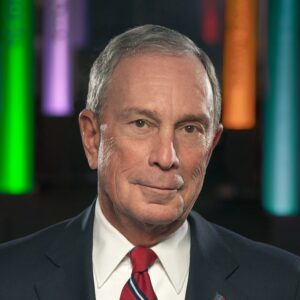 The Second U.S. Circuit Court of Appeals in Manhattan recently ruled that regulating greenhouse gas emissions is a job for federal lawmakers. It was a setback for New York City, which sued BP, Chevron Corp, ConocoPhillips, Exxon Mobil Corp, and Royal Dutch Shell in one of the earliest cases that sought to make fossil fuel companies pay for climate change.

It was also a setback for billionaire Michael Bloomberg, who’s been funding an effort to get privately-funded attorneys into state Attorneys General offices to help prosecute cases like these targeting fossil fuel companies. Which may explain why, despite the federal court’s ruling, Connecticut’s attorney general is trying to move his case back to state court.

“We’re disappointed that the Second Circuit has denied the City its day in court to hold these companies accountable for the environmental damage they knew their products would cause,” said New York City Law Department spokesman Nick Paolucci, adding that they are reviewing their options on whether to pursue the appeal to the U.S. Supreme Court.

Meanwhile, Connecticut Attorney General William Tong is trying to bring his lawsuit against Exxon Mobil back to state court after Exxon successfully moved it to federal court. Through a spokesperson, Tong said he is “confident [the] case will be remanded to Connecticut state court where it belongs.”

The New York City and Connecticut cases are among a slate of climate change lawsuits filed against individual companies or multiple ones seeking recompense for what environmental activists say are the root causes of climate change. But successes have been hard to achieve.

Two years ago, the New York Supreme Court dismissed the state’s lawsuit against Exxon Mobil claiming the company had misled investors about climate change regulations and the impact they would have.

Massachusetts has filed a similar lawsuit against Exxon Mobil claiming it used “deceptive advertising” and “systematically and intentionally has misled Massachusetts investors about material climate-driven risks to its business and has deceived consumers about the central role its fossil fuel products play in causing climate change.” Exxon Mobil has said Massachusetts Attorney General Maura Healey is seeking to punish it for having a different perspective of fossil fuels and is seeking to have the case dismissed.

The oil companies have long argued the cases are putative efforts by activists who have not been successful in changing either state or federal laws. Those cases may be part of an effort from a different type of activists to achieve climate change goals.

More than 20 lawsuits in various states have been filed against fossil fuel companies alleging fraud, nuisance, or other issues. New York City was the only one to file in federal court, and despite its loss, the city is committed to pursuing the oil companies.

“Our work to protect New Yorkers from the devastating impacts of climate change and hold bad actors accountable is not over,” Paolucci said.