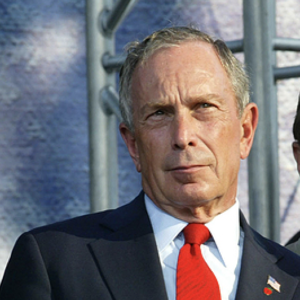 He who has the gold makes the rules — or pays others to make the rules for him.

In recent years, the billionaire-politician-philanthropist has used his largesse to bend regulators in the United States and elsewhere to his will in service of his social agenda, which includes eradicating smoking and battling climate change.

Earlier this year, the government of Philippines President Rodrigo Duterte came under intense fire for denying tobacco companies access to COVID-19 vaccines imported by the government in partnership with the private sector for employee vaccination programs. The Duterte administration’s decision was based on a 10-year-old policy forbidding government officials from interacting with the tobacco industry. That rule was adopted shortly after the Philippines’ Department of Health and Civil Service Commission received what The Manila Standard described as “massive grants” from Bloomberg’s anti-tobacco Bloomberg Initiative.

Filipino lawmakers called the ban everything from “evil” to “discriminatory” to “morally unacceptable” and eventually overturned it. That vehement reaction didn’t stop the World Health Organization’s Philippines representative from supporting the idea of denying the COVID-19 vaccine to tobacco workers. Bloomberg has donated at least $220 million to the WHO.

News of the payments infuriated many Philippines officials, some of whom called for Bloomberg’s money to be returned while the payments and their influence are investigated.

International government watchdogs have also growled at Bloomberg’s version of dollar diplomacy, noting that it could be illegal under the same U.S. laws that prevent American companies from bribing foreign governments to buy their products.

These skeptics and critics clearly don’t understand, as Bloomberg does, that nothing — not protecting thousands of workers and their families from a potentially deadly new disease nor national sovereignty — is more important than the global war on puffing, chewing, and dipping.

It’s tempting to shrug off this episode as the kind of thing that has long plagued developing countries. But that would be a mistake, at least when it comes to Michael Bloomberg, who is plenty comfortable flexing his money muscle to influence policy execution right here in the U.S. His target: Big Oil.

Since at least 2017, Bloomberg has funneled money to attorneys general offices in nine states and the District of Columbia to essentially underwrite government lawsuits against oil companies. Much of that funding came through New York University law school’s State Energy and Environmental Impact Center. It used a $6 million Bloomberg Philanthropies grant to fund the hiring of “special assistant attorneys general” to help states sue oil companies for their alleged culpability for climate change.

Among the most visible of these actions was the State of New York’s 2018 suit alleging that ExxonMobil had misled investors about the financial impact of climate change. Among those leading the charge was Bloomberg-via-NYU-funded Special Assistant Attorney General Matthew Eisenson.

While Bloomberg positioned his initiative as a bipartisan effort to give state government the tools it needs to protect the environment, the stats don’t support that claim. By late 2018, the NYU center had placed 14 fellows, all of them with Democratic attorneys general. This at a time when, as The Hill noted, 28 of the country’s AGs were Republicans. Bloomberg has donated millions of dollars to Democratic candidates in recent years, including $18 million earlier this month.

And despite Bloomberg’s preening about the nobility of his efforts, the AG placement scheme never fully passed the smell test. The Wall Street Journal dubbed it “state AGs for rent.” The Oregon legislature’s top lawyer rule that its state AG’s acceptance of a Bloomberg-funded lawyer was not compliant with state laws and regulations. Even New York had to label Eisenson “a volunteer” to dodge questions and concerns using a privately paid staffer to shape and execute state legal policy.

To paraphrase the guy who gave us the Golden Rule, the super-rich will always be with you. And the wealthiest among us will never stop trying to bend the world to their will using any means available. Lately, Americans have envisioned losing their government to an aggrieved rabble. There’s an equally serious threat from the Paul Stuart-clad crowd.  And it will take more than chain link fencing and concrete barriers to keep this crowd from taking control.