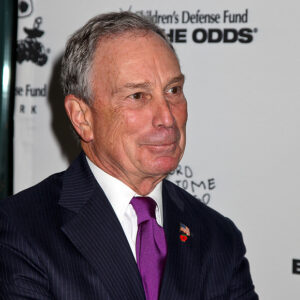 When lawyers for both sides in an environmental dispute appeared before the 3rd Circuit Court of Appeals in Philadelphia on Tuesday, an unseen third party was present as well.

For years, the former New York mayor and one-time presidential candidate has been quietly funding private attorneys to work in public attorneys general offices in states from Minnesota to Delaware. They are always Democratic offices, and those privately-funded attorneys take environmental cases advancing Bloomberg’s green-politics agenda.

“Having privately-funded outside counsel, with the imprimatur of the state attorney general’s office, clearly raises ethical questions,” said Sherman “Tiger” Joyce,  president of the American Tort Reform Association (ATRA). “I think it’s antithetical to the whole notion of accountability, of checks and balances.”

In Philadelphia, the state of Delaware and the city of Hoboken asked the court to allow them to sue a group of U.S. domestic energy producers over the impact of global warming on their local communities. The Delaware Attorney General’s Office complaint was signed by Jameson A.L. Tweedie who, according to documents uncovered by the group Climate Litigation Watch, was offered a “full-time DAG position, funded and supported by New York University, for a salary of $105,588 annually.”

The “New York University” funding refers to the NYU School of Law’s Environment and Energy State Impact Center, founded by a $6 million grant from Bloomberg Philanthropies to provide lawyers to serve as “Special Assistant Attorneys General” whose sole focus would be on environmental and climate change lawsuits and regulatory actions.

Tweedie is still with the Delaware Attorney General’s Office.

The practice is so problematic that, in 2019, Virginia’s legislature stepped in to stop Democratic Attorney General Mark Herring from participating in the Bloomberg-funded program. The GOP-controlled General Assembly added language to the state budget requiring employees of the attorney general to be paid solely with public funds.

A new report from the American Tort Reform Foundation (ATRF) reveals how state attorneys general and local municipalities have coordinated with energy activists and pay-for-play donors on a litigation campaign of more than 20 lawsuits against oil companies across the country.

“These SAAGs are private attorneys placed in public positions to exercise government authority. Yet, they are not independent or impartial because their mandate is to carry out an overtly political agenda funded by wealthy private donors,” according to the report. “This unique setup allows well-heeled individuals and organizations to commandeer state and local police powers to target opponents with whom they disagree, raising the specter of corruption and fundamental unfairness in what should be public enforcement of the law.”

To the domestic energy producers, the “unfairness” of Delaware’s approach is obvious: If the issue is global warming — as in a global phenomenon and its alleged impacts — then the case shouldn’t be heard in a state court suing over local issues.

“Today’s oral argument in the Third Circuit Court of Appeals underscored the importance of the issues of both climate change and America’s energy supply, and confirmed that the lawsuits filed against Chevron and other energy companies can be properly heard only in federal court,” said Theodore J. Boutrous, Jr., an attorney representing Chevron Corporation. “The City of Hoboken and the State of Delaware seek to hold select energy companies liable for harms attributable to global climate change—a phenomenon that is the result of worldwide conduct going back to the Industrial Revolution.

“These cases belong in federal court because they have sweeping implications for national energy policy, national security, foreign policy, and other uniquely federal interests,” Boutrous added.

While suing in Hoboken over climate change linked to CO2 emissions from Holland to Hawaii may not seem to make sense, the advantage to opponents of U.S. energy production is obvious: The potential for a lawsuit –and all of its expenses — in every jurisdiction in the nation.

And, in fact, there are cases across the country over this issue of jurisdiction, many involving state attorneys’ general offices participating in the Bloomberg- funded SAAG program.

Those attorneys general argue the lawsuits should proceed under state court jurisdiction since they claim the companies contributed to local climate impacts and violated state laws by selling fuel products without warning of the effects of climate change. The domestic energy producers respond that these cases should be heard in federal court since they reason climate change is a global issue based on global greenhouse gas emissions, not an issue theoretically for 50 states applying their state laws for federal claims.

“This is an international issue. Why wouldn’t this be preemptive?” asked Judge Stephanos Bibas during Tuesday’s oral arguments. “You’re seeking to drag the entire world into Delaware.”

With the lawsuits brought by Baltimore, Rhode Island, three Colorado communities, and several California cities and counties, four federal appeals courts have now ruled in recent months those lawsuits will proceed in state court based on the plaintiffs’ state claims. If the 3rd Circuit rules in favor of the defendants, the split between circuits could inspire the U.S. Supreme Court to take up the case.

“When state’s attorney general lets an outside party — any outside party — operate with the authority of the state, and work exclusively on cases that part of that party’s political agenda, it’s unclear whose interests are truly being served,” Joyce said.