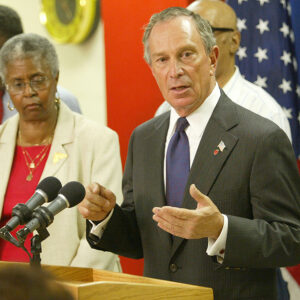 Bloomberg’s Philanthro-Colonialism: A Threat to Global Health and Science

Former New York City mayor Michael Bloomberg is in hot water overseas —and potentially at home—with members of the Philippines government accusing Bloomberg-funded charities of illegally paying regulatory agencies to implement his anti-tobacco policies. While the general public may be shocked by the allegations, those familiar with Bloomberg may be less surprised, given his tendency to leverage his philanthropic largesse as a means of influencing government policy, from funding tobacco control efforts to installing privately funded lawyers in state attorney general offices across the U.S.

As in many other countries, the “vaping” debate has grown increasingly contentious in the Philippines, with the government considering proposals ranging from regulation to complete prohibition in recent years. Last month, while the Philippine Food and Drug Administration worked to develop general guidelines on regulating non-combustible tobacco products, a new controversy emerged. During a virtual consultation on the subject, open to the public, agency officials revealed they had been receiving money from the Bloomberg Initiative and The Union —a charity funded by Bloomberg—for their tobacco control efforts. Apparently, the funds were provided in exchange for the agency consenting to implement tobacco control strategies endorsed by Bloomberg. Given the aggressive moralistic opposition these groups have toward nicotine use, the disclosure led to questions about the agency’s ability to objectively develop regulations for novel nicotine products, like e-cigarettes.

According to a resolution filed last month by Deputy House Speaker Deogracias Victor Savellano and Rep. Estrellita Suansing, FDA officials initially denied receiving funding from these international charities. But, once confronted with evidence, they admitted to receiving grants from foreign charities to support “the implementation of the National Tobacco Control Program (NTCP) under the jurisdiction of the Food and Drug Administration.” International observers have raised concern that such donations may have a corrupting influence on foreign governmental entities, pressuring them into an unnecessarily combative stance against non-combustible nicotine products. This may in part explain why, despite the evidence that e-cigarettes are relatively safe, at least 95 percent safer than smoking, and highly effective for smoking cessation, the Philippines FDA has favored a prohibitionist approach to non-combustible nicotine products.

That a government health agency would accept money to implement “predefined policies” dictated by foreign political entities has caused justifiable outrage and spurred demands the Philippine FDA return the funds and for a thorough investigation into the activities of the agency and the charities. It also raises the possibility these NGOs violated U.S. law governing charitable giving to foreign government officials.

Members of the Philippines government have called on their FDA to return the funds and cease all interaction with the foreign charities until the House Committee on Good Government and Public Accountability concludes a thorough investigation. Such an investigation would undoubtedly uncover more evidence of improprieties by these charities in that country. But, Bloomberg’s effort to manipulate governments into restricting lower-risk tobacco alternatives is far from limited to the Philippines.

For years, Bloomberg has dedicated considerable amounts to fund a web of financially-linked nonprofits, universities, and activists, coordinating their international effort to foment panic over vaping and coerce governments into adopting rules that get as close to prohibition as possible. More insidiously, Bloomberg has enticed respected institutions into his cabal, facilitating the spread of misinformation and fear about non-combustible tobacco products. Number one among those institutions is the World Health Organization (WHO), which has received more than a billion dollars for its “Bloomberg Initiative to reduce tobacco” and at least $2.5 billion to combat other non-communicable diseases. No surprise, the WHO, in addition to making Bloomberg their official ambassador for non-communicable disease, stubbornly refuses to acknowledge mountains of evidence that non-combustible tobacco and nicotine products can save smokers’ lives. Instead, they promote blatant lies and try to strong-arm governments around the world to banning nicotine vapor products—even while pursuing no such policy for actual cigarettes.

In accordance with Bloomberg’s agenda, these groups have directed a significant amount of their energy on low- and middle-income countries. Using their money, clout, and connections, they impose their views and will on these nations, without the input of local populations and with little or no regard for their specific circumstances, needs, and values. In the midst of a wave of interest in “decolonializing” public health, this sort of patronizing interference, well-intentioned though it may be, deserves scrutiny.

For example, in the aftermath of Armenia’s 2018 “velvet revolution,” the new government sought to improve health and address the country’s sky-high rates of smoking. In a recent documentary, the new health minister, Arsen Torosyan, noted that most of their support for tobacco control comes from the WHO but also noted that they “recently signed a grant with Bloomberg Foundation…and other Tobacco-Free Kids from America.”

All three organizations mentioned by Torosyan are, of course, anti-tobacco organizations funded by Bloomberg. And now, Armenian government policies on vapor products are shifting into alignment with the Bloomberg agenda. In a country where more than half the men continue to smoke and access to cessation services and aids is limited, discouraging adults from using products that might reduce their risk by at least 95 percent is outrageously misguided.

In Vietnam, Bloomberg Philanthropies contributed at least $3.2 million to the country’s “tobacco control capacity” between 2007 and 2014. In Bloomberg Philanthropies’ own words, they had a “deep collaboration with the government and local organizations” including the Ministry of Health. What were the results of this collaboration? Well, even while 45 percent of men in the country continue to smoke, the ministry announced a plan earlier this month to completely prohibit the buying, selling, manufacturing, and importation of electronic cigarettes, despite trials showing e-cigarettes are among the most effective means of smoking cessation— at least twice as effective as traditional nicotine replacement therapy.

These are just a few examples of a vast and tangled global campaign. Bloomberg’s strategy is proving effective, particularly in lower-income countries with high rates of smoking – those that would benefit most by having access to lower-risk alternatives. This is tragic for the millions of men and women in these countries who will continue to smoke and die because their government, at the behest of agenda-driven foreign philanthropists, is stripping them of the right to make their own informed health choices. But, it also has deeply troubling implications beyond the issue of tobacco.

In the midst of the COVID-19 pandemic, for which the international health community was woefully unprepared, it has become clearer than ever how important it is that health policies be based on evidence rather than politics. That an individual like Bloomberg can co-opt governments, health organizations, and institutions into supporting his agenda despite the evidence should alarm everyone, no matter where they live.