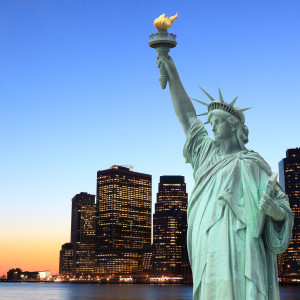 Some call economics “the science of choice.” This came to mind when a lifelong friend sent me a COVID-19-related essay that has gone… well… viral. “Prepare for the Ultimate Gaslighting,” is one author’s vision of what we should learn from the pandemic.

The author, a filmmaker named Julio Vincent Gambuto, apparently divides his time between New York City and Los Angeles. My friend found the column “really insightful.” My rapid-fire response to her was, “To paraphrase Dorothy Parker’s quote about Lillian Hellman, I disagree with every word he writes, including ‘and’ and ‘the.’”

My second reading was more charitable. Gambuto is groping for something positive to come from this catastrophe. As am I.

He sees hope in blue skies uncharacteristically crowning Los Angeles and hears hope in Manhattan’s chirping birds, whose songs are normally drowned out by traffic, construction and mayhem. He says of the economic shutdown, “It’s the greatest gift ever unwrapped. Not the deaths, not the virus, of course, but The Great Pause.”

Upon re-reading, I find agreement with Mr. Gambuto’s epiphanies, though not his homilies.

(For doctors, nurses, farmers, truckers, grocers and delivery people, there’s no Great Pause, but we’ll leave that aside.)

Let me wave away some chaff of Gambuto’s prose. He rails against advertisers who, once COVID-19 passes, will “gaslight” Americans into returning to their affinity for Elfa shelving, Ring doorbells, Netflix, Coca-Cola and Royal Caribbean cruises. (I reject the notion that advertisers are Svengalis hypnotizing semi-sentient consumers.)

He laments “a health care system that cannot provide basic protective equipment for its frontline.” (For now, U.S. healthcare during COVID-19 looks quite good compared to European hospitals’ amok time.)

He scolds businesses “that do not have enough cash to pay their rent or workers, sending over 16 million people to seek unemployment benefits.” (Only a subsistence farming economy could avoid this problem.)

Finally, he thunders against “a government that has so severely damaged the credibility of our media that 328 million people don’t know who to listen to for basic facts that can save their lives.”

(The media needed no assist in self-immolating their credibility. And if people come to realize that governments are by nature unreliable purveyors of information, then that will indeed be a positive consequence of COVID-19.)

But Gambuto’s epiphanies are worthwhile to ponder.

He writes, “A carless Los Angeles has clear blue skies as pollution has simply stopped. In a quiet New York, you can hear the birds chirp in the middle of Madison Avenue. Coyotes have been spotted on the Golden Gate Bridge.”

These are splendid images but the lesson he draws — “These are the postcard images of what the world might be like if we could find a way to have a less deadly daily effect on the planet” — is misguided, in my view.

For the foreseeable future, blue skies are incompatible with the enormous energy consumption of L.A.’s film and technology industries, the vehicles servicing those industries, and the legions feeding, clothing, sheltering and educating all these people.

Chirping birds calm the soul, but they’re incompatible with a New York that churns out much of the world’s theater, film, music, art, communications and finance.

In 1988, my wife and I were Manhattanites, working at jobs we dearly loved. But like Gambuto, we longed for blue skies and chirping birds. However, we didn’t blame a fallen world run by nefarious agents.

Rather, we accepted that New York is New York and moved elsewhere for skies and birds.

The good news is that in the last century, American industry — fueled by advertising — has made enormous strides in reducing Gambuto’s “deadly daily effect on the planet.” In New York, skies are far less choked with toxins than a century ago. Streets aren’t clogged with the feces and carcasses of horses.

One thing that might lessen the cacophony drowning out birdcalls in New York is for large numbers of people to conclude, as my wife and I did, that big-city life isn’t worth the absence of blue skies and chirping birds.

My wife and I made our choice long ago and have never looked back.