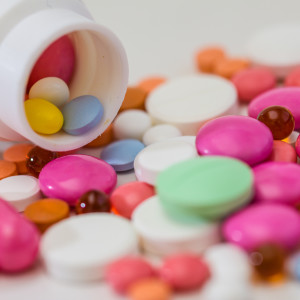 Sins of Omission are seldom fun but when it comes to politics they are often seen as useful. That’s wrong. As my grandmother used to say, a half-truth is a whole lie. Sound familiar?

Health care is a complicated proposition and politicians (of mostly every stripe) prefer sound-bite answers. That’s a bad combination for many reasons — the most unfortunate being that it leads to incorrect conclusions reached through pretzel logic. That’s bad policy and bad for the future of the public health.

With the Affordable Care Act faltering and a presidential election cycle in full swing, the most simplistic solution is to find a scapegoat. Rather than working with the broad health-care ecosystem to address a multitude of complicated, interconnected issues, a more politically expeditious solution is find someone to blame and the facts be damned.

And as if on cue we have Turing Pharmaceuticals and it’s infamous price gouging on Daraprim. (And it was price gouging, but none of the deserved public vilification included the basic facts, specifically that the Turing product is off-patent! It’s not a “new expensive therapy,” but that became the story line.)

Voila, the reason the Affordable Care Act is proving to be not so affordable for patients is the high cost of drugs! Hillary Clinton said during the first Democratic debate that one of her biggest enemies was the pharmaceutical industry, and the pile-on began in earnest.

High prices! As though it were that simple. But it certainly resonates. Patients define “price” as their out-of-pocket co-pay (which is set by insurance companies), but that inconvenient fact rarely makes it into news stories or speeches or congressional hearings. Alarmingly absent is the fact that insurance companies receive large discounts on every product — which rarely get passed along to the consumers waiting at the pharmacy counter. When it comes to politicians and much of the media, such items are trivialized or, at best, ignored. Further, a fact you rarely ever hear is that pharmaceuticals represent just over 10 percent of the total U.S. health-care budget. A dime on the dollar.

As Aldous Huxley reminds us, facts do not cease to exist because they are ignored. And yet the pharmaceutical industry remained mostly mute. Qui tacet consentit.

Before the Turing story, the “drugs are too expensive” controversy focused on Gilead Pharmaceuticals’ breakthrough Hepatitis C drug Sovaldi. When the medicine came on the market, it was dubbed in the press as “the $1,000 pill.” This may be a great sound bite, but it’s hardly accurate.

Facts, it seems, are very easy to ignore. A new “investigation” by Sens. Ron Wyden, D-Ore., and Charles Grassley, R-Iowa, continues to refer to Sovaldi as an “$84,000” treatment via “a $1,000-a-day” pill — even though no one is paying those prices. When it comes to the debate on health care in America, “truthful but not accurate” is unacceptable — but it’s very convenient.

The report goes into great detail about Gilead’s “pricing strategies,” but there isn’t a single sentence about the lengthy process of meetings and negotiations between manufacturer and payers over a long period of time — often years before the FDA approves a product.

In reality, insurers and benefit managers negotiated discounts that reduced the price of Sovaldi by up to 50 percent. But they didn’t pass the full discount on to the consumer. Instead, insurers and pharmacy benefit managers pocketed the money to pad their bottom lines and executives’ wallets. Last year, CVS Caremark Corp., one of the biggest benefit managers, paid its CEO more than $32 million.

But these facts were ignored by both media and politicians. The narrative was strategically articulated by Karen Ignagni, president of America’s Health Insurance Plans, “The company in this case is asking for a blank check. It will blow up family budgets, state Medicaid budgets, employer costs and wreak havoc on the federal debt.” That statement got a lot of coverage.

Data recently published by the PwC Health Research Institute suggests the reverse — and got almost no media attention. The study shows that the use of Sovaldi will actually drive down overall spending within a decade.

Taking into consideration the higher cure rate and the decrease in hepatitis C-related hospitalizations, the U.S. health-care system can actually reasonably expect net savings of $174 billion by 2020.

Hyperbole is easy. Math is hard. If it bleeds it leads.

Sins of Omission are seldom fun? Not inside the Beltway.