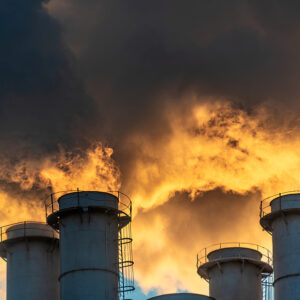 The European Union and Democrats in Congress think a good way to address climate change is by imposing what is euphemistically called “carbon border adjustments.”  They should be called what they really are: “punitive tariffs.”

What else should one call taxes that rich countries want to impose on developing countries based on a determination of what an extra ton of carbon dioxide costs the planet? It’s not just absurd; it’s grotesque.

Tariffs, economic theory and history teach us, are almost always bad in principle. These border tariffs are the worst of the worst.

Here are four reasons why.

1)    There’s no agreed-on cost to society of carbon emissions. Nor is it clear just how much excess CO2 foreign producers actually emit in the production of any particular good.

In other words, it will be presumed that if there is no internal tax on carbon at least equal to our determination of what should be the price of carbon, and the price of the good is deemed to be too low (i.e. lower than ours), then it will be taxed at the border according to what the importing country (the U.S.) decides is the social cost of the added carbon emissions.

But wait. We have no explicit carbon tax in the U.S.; instead, we will assume a price of carbon based on the cost of emissions reduction requirements for American producers. If another country emits more CO2 to make the same good and then we’ll impose a tariff on the foreign goods to punish them.

The Biden administration says the implicit cost to the world of a ton of CO2 is $51.

This number comes from analysis by smart people, so most of the world agrees with that number, no?

Other estimates put the impact of a ton of CO2 anywhere from a positive benefit (that is, the benefits from more CO2 exceed the costs) to costs of thousands of dollars a ton.

So, we don’t really know what the social cost of carbon really is, and we often can’t know just how much CO2 is emitted in making product x in China, Vietnam, etc. But we’ll still impose a tariff on goods from those countries because we will presume they had inefficient coal-fired electricity, and…well, whatever else we want to count.

2)    These tariffs will hurt poor countries.

The tariffs seem mainly targeted at the world’s leading CO2 emitter, China. But adjustments will hit other developing countries who seek to raise the standard of living of their people—as we did—through the use of abundant energy resources like coal. Hundreds of millions of people are impoverished, and live in countries with weak enforcement of environmental rules, if they have them at all.

In essence, countries will be punished for wanting their people to escape from extreme poverty. So, these “adjustments” are a way to keep the poor, poor.

Few Americans will lament sticking China with a tax, but the tariffs will also hurt American consumers. Biden’s predecessor was all for tariffs, but later studies showed the tariffs were not borne by trade bad guys but by just plain American folks. So will these adjustments.

If the prices of goods made by developing countries at Walmart and Target go up by 10 percent, wealthy Americans won’t care, but the millions among us who live on a tight budget will.

4)    The tariffs will induce a frenzy of lobbying and questionable dealing.

Which industry will NOT claim foreign competitors are playing unfair with carbon? Lobbyists will swarm over Washington pleading for tariffs against foreign competitors. Many will have their wishes gratified although this will probably be only round one. Next year, some of them will be back to plead for higher tariffs—er, adjustments.