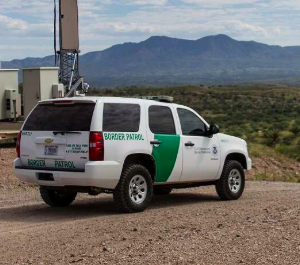 All six immigration checkpoints in the Customs and Border Patrol’s El Paso Sector are now open, five months after a shut down in response to the southern border crisis. The El Paso sector, which includes all of New Mexico plus El Paso and Hudspeth counties in Texas, bore the brunt of the recent wave of asylum-seekers from Central America.

Last week, CBP reopened these checkpoints and motorists from Mexico will once again have to stop at these sites, all found within 100 miles of the U.S. border along major highways in New Mexico and Texas.

The checkpoints were closed after Border Patrol said it needed additional agents to help with the growing number of asylum-seekers detained by agents, overwhelming the system.

According to Border Patrol, reopening the checkpoints is partly a result of a decrease in the number of migrants arriving in the El Paso Sector. Also, the Trump administration’s Migrant Protection Protocols — commonly known as the “Remain in Mexico” program — have been used to keep asylum-seekers in Mexican border cities while awaiting hearings in U.S. immigration courts.

In the past, migrants could wait in the United States. But under the new policy, large numbers have been told they must wait their turn in Mexico.

According to a statement from Border Patrol, additional money and support from the federal government has helped it deal with illegal migrants, allowing agents to return to the checkpoints.

“While the El Paso Sector is still experiencing… traffic in our area, the funding for additional infrastructure, along with personnel support from government agencies throughout the country, has allowed a significant number of agents to return to their primary assignments, to include immigration checkpoints,” the statement said.

Two of the checkpoints are in Otero County, N.M., three in Doña Ana County, N.M, and one in El Paso County, Texas. All six “have reopened and will be operating at full capacity,” the statement said.

Sheriff Tony Mace of Cibola County, chairman of the New Mexico Sheriff’s Association, said reopening of the checkpoints “not only keeps our communities safe, but the entire United States safe.”

“I’m happy that the border checkpoints are back being manned and they’re back up and running,” Mace told InsideSources. “The checkpoints are our second line of defense away from the actual border to try and intercept human traffickers, narcotics, stolen vehicles, weapons — you name it.

“When the checkpoints were closed we saw an increase of drug seizures… and now that they are up and running, hopefully we can see a decrease in that type of activity,” Mace said.

Otero County is 80 miles from the El Paso border with Mexico. County Chairman Couy Griffin says the county is “extremely pleased” that the checkpoints have reopened “and have added to the security of this county.”

Griffin, a strong backer of President Trump, credits the president’s “Remain in Mexico” policy for the reopenings.

“I believe that’s the direct reason why our Border Patrol checkpoints are open right now,” Griffin told InsideSources. “Through the president and his administration’s efforts to slow the caravans down and to put an agreement in place with Mexico that asylum-seekers will remain in Mexico…  I believe helping [secure the border] is a direct result of the Trump administration’s policies in regard to the asylum-seekers.”

Griffin said he doesn’t believe the state’s officials had anything to do with the change.

“It’s hard for me to give any credit to the governor or any U.S. representatives from New Mexico in regard to our Border Patrol checkpoints being reopened,” Griffin said. “Because they have shown no effort to this date to reopen them.

“Their focus hasn’t been to reopen the checkpoints, and as a matter of fact, we don’t think that the upper level elected leaders if New Mexico even want to see them open.”