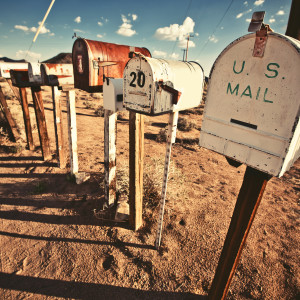 On April 12, President Trump issued an executive order to create a high-level task force charged with conducting a comprehensive review of the U.S. Postal Service’s operations and finances and recommending reforms.

This strong action is necessary to both protect taxpayers and ensure that the Postal Service will remain an important nationwide force in promoting commerce and communication. The task force’s findings are to lead to legislative and administrative reforms, following a report due August 10.

The Postal Service’s finances are dismal. For 11 consecutive years, it has reported losses totaling $65 billion. There is no end in sight to the financial bleeding, nor is there a plan to get there.

The U.S. Government Accountability Office (GAO) included the Postal Service in its February 2017 biannual report to Congress about the highest risk government programs. GAO said, “The U.S. Postal Service faces a serious financial situation that is putting its mission of providing prompt, reliable and efficient universal mail service at risk.” GAO also found that the Postal Service’s unfunded liabilities totaled about $121 billion at the end of Fiscal Year 2016.

The Postal Service has been included in GAO’s High Risk Report since 2009. The escalating losses, and Congressional inaction, indicate the need for greater urgency, which the task force brings.

One reason the Postal Service is facing financial challenges is the rise of the Internet.

Monopoly mail products, though, still account for 70 percent of its business.

In fact, the Postal Service also reports in its 2017 Form 10-K that first-class mail is “our most profitable service category” while also saying that marketing, a.k.a. junk mail, “…has generally proven to be a relatively resilient marketing channel, and its value to U.S. businesses remains strong due to better data and technology integration.”

As the needs and wants of Postal customers are changing due to technology, e-commerce and marketing practices, the Task Force will review and evaluate what should be the Postal Service’s universal service obligation. Though not formally defined, this is understood to be the postal services that all Americans should receive at fair and reasonable rates.

While some have summarily dismissed the Task Force as an attempt by the president to punish Amazon for its low shipping rates with the Postal Service, the Task Force’s mission is comprehensive, and its work is long overdue.

Senator Bernie Sanders is among those who have expressed cautious optimism about it. In a press release following the Task Force announcement he said, “President Trump is right that it would be useful to take a serious look at the United States Postal Service.”

Also recognizing the task force’s potential, Mark Dimondstein, President of the AFL-CIO affiliated American Postal Workers Union, said, “The APWU looks forward to working with anyone truly interested in maintaining a vibrant public Postal Service for generations to come. If given the opportunity to meet with the task force, we will forthrightly tell the truth, share our views and promote the protection of the rights and benefits of postal employees.”

Indeed, the Task Force would be well served to meet with the leadership of the APWU and other large stakeholders, which it can do under the order.

While postal reform and a turnaround of the Postal Service are by no means guaranteed by the Task Force’s creation, it is a positive and necessary step. Postal reform has been elevated in public policy discussions to its highest levels in years.

The healthy and encouraging start to the Task Force is good news for taxpayers and for all who rely on the postal system for business and personal communications.