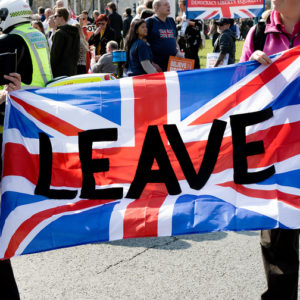 Brexit and Its Endless Consequences for England and the EU

Although in the last month of 2020 the final agreement between London and Brussels seem to have reached a joint agreement on how to withdraw Britain from a united Europe, the differences that have arisen in recent weeks between Prime Minister Boris Johnson’s government and leaders of the EU shows the pervasive crisis that the two sides are facing.

Many analysts have long believed the final agreement is not just the end of the crisis between London and the European Union. Rather, it will generate widespread and unresolved conflicts in Britain and the EU’s remaining countries. Brexit has now become not a final and strong agreement but a blind alley in London-Brussels bilateral relations.

Meanwhile, the Spanish government (with the green light of the European Union) has taken the first step in confronting the British government and its citizens. In the latest case, the Spanish Border Guard repatriated more than three dozen Britons who wanted to enter Spain from the airport. Madrid believes this action was taken completely legally and in accordance with the Brexit agreement. This argument seems correct given Britain’s secession from the EU.

Armed officers at Alicante-Elche Airport returned 40 Britons from Manchester to Spain on the same Ryanair flight to London. Undoubtedly, this action will deepen the existing differences and gaps between Britain and the European Union. The Spanish government has emphasized that British citizens in Spain can no longer be easily dealt with, given that British citizens are considered foreigners and their citizenship does not belong to the EU. Accordingly, with Britain leaving after 47 years of EU membership, things are more complicated than they seem.

As it turns out, British citizens will now face strict rules and regulations, not only in Spain but also in other EU member states, which will certainly cause them a great deal of trouble. On the other hand, the British government is trying to take advantage of the Europeans in implementing the agreement by taking measures such as imposing reciprocal legal restrictions on European companies and creating strict conditions for Europeans living in London and other British cities. Despite this, it seems that the blind alley of Brexit has become more difficult after the signing of the December 2020 agreement.

However, some optimists in Johnson’s government initially believed that once the final agreement was reached, the rules and agreements contained in the agreement would be materialized and implemented, but the differences between the parties in the interpretation of the general laws have left no room for the realization of the raw dream of the British. The full-scale battle between Britain and the European Union has also drawn attention to the COVID-19 vaccines’ production and distribution. Brussels has warned London will block the production of vaccines produced in the UK until the Astrazenca Dry Production Institute fulfills its obligations to produce a vaccine for the European Union. In other words, Europe and England are officially at odds over the Corona vaccine production and distribution.

In August 2020, the Astrazenka Institute signed a contract with the European Union to produce 300 million doses of the COVID-19 vaccines with the option of distributing another 100 million doses. But production of these vaccines was low. AstraZeneca is said to have finally reduced its commitments to 30 million doses in the first three months of this year, compared with 120 million doses. Vaccine shortages have put pressure on union members, and some members are losing hope in Brussels to get the vaccine they need. For instance, Hungary bought and distributed the Sputnik vaccine in February despite EU statements that it did not need Russian vaccines.

Meanwhile, the European Commission continues to claim the vaccination program in the EU is going well. However, the available evidence does not show such a thing. Although there are major differences among EU actors over how to distribute the corona vaccine, they all agree on one issue: That in negotiating with the UK over the distribution of the coronavirus vaccine, London should not be given a concession because Britain is no longer a member of the European Union and should not be included in the therapeutic equations of this complex. Accordingly, it seems the crises between the parties (London-EU) that culminated during the COVID-19 outbreak become a component of intensifying their conflicts now and in the future. Conflicts that do not seem to have an endpoint, at least in the near future.

Brexit is still at the beginning of the road, and it is too early to report in full on the various consequences of this change on European countries. The British government says it has reached an agreement on the future of trade cooperation with the European Union. In the new agreement, England has given many concessions to the other side to make Brexit happen. They just reached an agreement to tell England’s people that they can put an end to four and a half years of struggle. But the current agreement does not give England the freedom to fish in its waters, does not exempt it from EU rules and standards, and does not even give England enough freedom to sign independent trade agreements with other countries.

The British people will gradually realize the futility of the Brexit. England did not gain any special privileges in this agreement. What is interpreted as maintaining sovereignty or taking control of the country and destiny is practically meaningless with the restrictions imposed in Brexit.