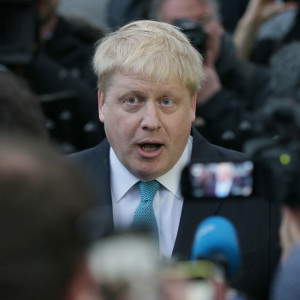 Why the U.K.’s Big ‘Brexit’ Battle Matters to Washington

As Britain approaches a June 23 referendum vote on whether to leave the European Union, the United States isn’t neutral on the question.

A growing U.K. movement says leaving would give the British greater control over their affairs, but President Barack Obama and much of the Washington establishment want their ally to remain in the group of 28 countries, governed collectively by E.U. law from Brussels, Belgium.

So why does Washington care about this U.K. issue?

First and foremost, it’s because a British E.U. exit, termed “Brexit,” could threaten American trade and security interests. The U.K. generally advocates for an economic vision America supports and stands with the U.S. against global adversaries such as Russian President Vladimir Putin. At the same time, the British are key allies in the international fight against terrorism.

U.S. analysts on the left and the right worry that Britain would be isolated and marginalized by leaving the E.U., and that its exit could precipitate the collapse of the entire organization.

“What you could see is the beginning of an unraveling of the European Union as a whole,” said Matt Browne of the Center for American Progress, a liberal think tank closely aligned with the Obama administration. “Should the E.U. dissolve or become weaker, America would lose an enormously important ally.”

Dalibor Rohac of the conservative American Enterprise Institute agrees. He called the E.U. a flawed organization in need of change, acknowledging that many Brits feel frustrated not being able to determine all of their laws. “However, reforming the E.U. is a completely different thing from dismantling the organization altogether,” he said. “Overall, the E.U. has been a force for good in Europe’s modern history and has an important role to play.”

Of course, not everyone in Washington feels as strongly about the value of the organization, founded with the goal of preserving peace after World War II.

Marian Tupy of the libertarian Cato Institute said the United States should relate to “Brexit” advocates’ desire for more control over their own destinies. “Americans place a great deal of emphasis on being independent — being able to have decisions that impact American citizens made at home — and this is basically what the British will try to do in the referendum,” he said.

According to Tupy, the E.U. prevents British citizens from weighing in on up to half of all their laws. Meanwhile, the organization is failing to address critical issues such as Europe’s immigration crisis. “I do think the British people ought to have the right to opine, to have a referendum, and in my view departure from the European Union would be very productive,” Tupy said. “It would shock the European Union into action.”

The next four months will see a massive U.K. political campaign over the issue, and President Obama reportedly plans to make a major push in support of the E.U. side. He’d be coming to the aid of Prime Minister David Cameron, who’s facing a new challenge from a just-declared “Brexit” backer in his own Conservative Party.

London Mayor Boris Johnson, one of Britain’s most popular politicians, announced his position on Sunday.

“The last thing I wanted was to go against David Cameron or the government, but after a great deal of heartache I don’t think there is anything else I can do,” he said. “I will be advocating vote ‘leave’ … because I want a better deal for the people of this country to save them money and to take back control.”

Despite Johnson’s statement about not wanting to oppose Cameron, his move is widely seen as a power play to succeed the prime minister at 10 Downing Street. Browne of the Center for American Progress said there’s “an element of cynicism,” especially if Johnson privately thinks voters will choose to stay in E.U. and allow him to negotiate a better relationship for the U.K. with the organization.