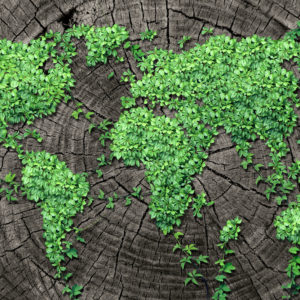 A Bright Future for the War on Global Poverty

In the late 1700s, Thomas Malthus became convinced that the combination of a fact and a trend spelled doom for the human race. The fact was that more than 95 percent of the world’s population lived in extreme poverty. The trend was that the world’s population was growing exponentially. The conclusion was clear: The human race was headed for starvation and extinction if population growth wasn’t controlled. But something interesting happened over the subsequent two centuries that proved Malthus wrong.

Malthus’ error was ironic because he greatly underestimated by how much the world population would grow. At the time Malthus wrote, it had taken humans their entire history to reach a world population of 1 billion people. Today, humans add that many people to their ranks each decade.

This massive population growth should have made Malthus’ predictions of doom and gloom all the more prescient, but it didn’t. And the reason is counterintuitive: Human beings are not, in the end, an unmitigated drain on the earth’s resources.

Malthus predicted resource depletion. What transpired was resource creation. Not only did people create resources, they grew those resources faster than the population. According to United Nations’ figures, extreme poverty, which exceeded 95 percent in Mathus’ day, dropped to 80 percent by the 1900s, 60 percent by the 1960s, to less than 10 percent today.

Contrary to Malthus and modern-day Malthusians, the world has become a much, much better place as the human population has exploded.

And we’re not simply rising out of poverty; the nature of poverty itself is changing.

And the good news isn’t limited to living arrangements. According to the FBI, the rate of firearm deaths is down 50 percent over the last 30 years. The rate of non-fatal firearm crimes is down 75 percent. Worldwide, the rate of deaths due to wars is down 95 percent. Child labor rates are down 50 percent. Globally, income inequality is down, gender inequality is down, and longevity, education and income are all up. Even sulphur-dioxide emissions and deaths due to air pollution are down by 30 percent.

Both at home and globally, we are making tremendous strides in solving problems across the board. We still have further to go and always will, but it’s good to pause once in a while, identify what we’ve done well, figure out how we’ve managed it, and consider how it can be improved and replicated.

It’s also good to remember how good we have it, comparatively speaking. The poor now live better than the rich did just a few generations ago. If that trend continues, and there is no reason to believe it won’t, then the future is bright indeed.