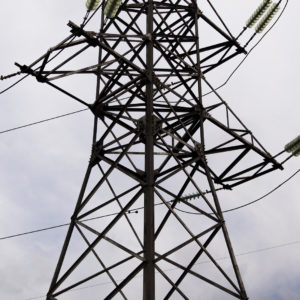 If you are thinking of going to Europe this winter, you might want to pack your long undies. A sweater or two as well.

Europe is facing its largest energy crisis in decades. Some countries will simply have no gas for heating and electricity production. Others won’t be able to pay for the gas which is available because prices are so high — five times what they were. Much of this is because Russia has severely curtailed the flow of gas into Europe, following on a wind drought.

Things are especially bad in Britain, which has been hit with a trifecta of woes. It started with a huge wind drought in the North Sea, normally one of the windiest places on earth. For the best part of six weeks, there simply wasn’t enough wind, and Britain is heavily invested in wind. Also, it has never installed much gas storage, which is one way of hedging against interruption.

Britain took to decarbonization with passion, confident of its great wind resource in the North Sea, where the wind is measured in degrees of gale force by the Met Office. The notoriously rough sea off Scotland hasn’t been getting its usual blow. Most European countries are 10-percent dependent on wind, but Britain relies on it for 20 percent of its power.

One result has been to propel gas prices into the stratosphere; consequently, the price of electricity has soared. Of 70 British electricity retailers, 30 have failed and others are expected to shut up shop as well. These aren’t generators but buyers and sellers of power, under a system that had been encouraged by the government when it broke up the state-owned Central Electricity Board during the Thatcher administration.

Britain, which opened the world’s first nuclear power station at Calder Hall in 1956, has been indecisive about new nuclear plants. Those now under construction are being built by Areva, a French company, which is partnering with the Chinese. This has raised questions about Chinese plans for a larger future role in British nuclear at a time when relations have soured with Beijing over Hong Kong and Chinese criticism of Britain’s right to send warships to the South China Sea, which it did in September.

One way or another, the input of electricity from nuclear in Britain has fallen from 26 percent at its peak to 20 percent today.

The biggest contribution to Britain’s problems, and to those of continental Europe, come from Russia limiting the amount of gas flowing into Europe. The supply is down 30 percent this year, and Russia looks set to starve Europe further if this is a cold winter as forecast.

Russia is in open dispute with Ukraine, which depends on Russia’s giant gas company, Gazprom, to supply gas for the Ukraine distribution system to other parts of Europe. At the heart of the Russian gas squeeze is the Nord Stream 2 pipeline, which has been completed but isn’t operating yet. It takes gas directly – 750 miles — to Germany under the Baltic Sea and parallels an older line. Its effect will be to cripple Ukraine as a distributor.

The United States opposed the pipeline, but President Joe Biden reversed that in May. Ukraine feels betrayed, and much of Europe is uneasy.

Going forward, Europe will be more cautious of Russian supplies and less confident that the wind will always blow. Its Russian gas shortage has put pressure on international liquified natural gas markets, and counties are hurting from China to Brazil.

Britain has a separate crisis when it comes to gasoline, called petrol in the United Kingdom: There is an acute shortage of tanker drivers to get the fuel, which is plentiful, from Britain’s refineries to the pumps. British service stations are out of fuel or facing long lines of unhappy motorists.

This problem goes back to Brexit. Driving tankers is a hard, poorly paid job — as is much road haulage — and Britons have stopped doing it. The average age of British drivers is 56 and many are retiring.

The slack was taken up by eastern Europeans when Britain was part of the European Union. But after Brexit, these drivers were sent home as they no longer had the right to work in Britain.

So, the electricity and gas shortages are compounded by a gasoline shortage, which is quite a separate issue but adds to Britain’s woes as a winter of discontent looms.