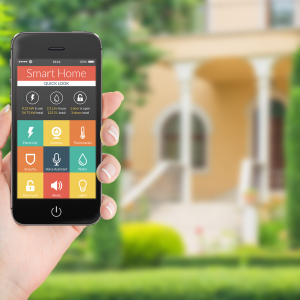 There’s a notion that is gaining popularity in some circles, that we have reached the end of the line—forever—regarding technological innovation of broadband networks. That narrative is built around fiber-to-the-home representing the best and last technology that should be considered by policymakers as they formulate new ways to promote broadband access and competition.

It even has a memorable, uplifting new word to describe just how perfect this technology really is—“future-proofed.” But it’s helpful to understand that there are other realities that reveal this sense of certainty is unlikely to be warranted.

In the early 1970s, Gordon Moore, one of the co-founders of Intel, observed that the processing power of a microchip doubles every 18 months. Over several decades, this projection has proved to be unerringly accurate.

It’s even achieved iconic status in the technology community as Moore’s Law. The practical implications are enormous, since the corollary of Moore’s Law is that computers become faster in synch with this time cycle, and that the price of a given level of computing power is cut in half every 18 months, too.

Moore himself has been astonished at the pace of digital technology development over the years. With the development of other technologies such as biochips and nanotechnology now moving from R&D labs to the commercial marketplace, it is likely that more computing power will be embedded much more quickly than the 18-month cycle that has been the justified conventional wisdom for several decades.

Bob Metcalfe, like Gordon Moore, is another living legend who has helped change the world we live in. Bob invented the Ethernet, and founded another Silicon Valley giant, 3Com. Metcalfe’s observation was that the value of a network is proportional to the square of its nodes; this means that as a network grows, the value of being connected to it grows exponentially, while the cost per user remains the same or is reduced.

Again, over time, this projection has proven to be absolutely accurate. And of course, it’s now known as Metcalfe’s Law. Interestingly, the combination of Moore’s Law and Metcalfe’s Law is creating its own fast-moving dynamic that we all recognize will bring about remarkable changes. 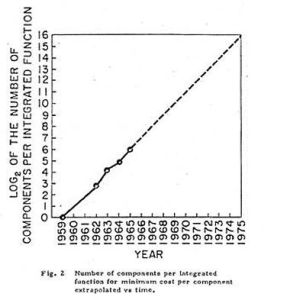 Within a few short years, many of us will experience the next era of device connectivity. Virtually any product that we have—a car, a house, a thermostat, a washing machine, all have the potential to be networked. So will hundreds of computers that will be able to be embedded in our clothing, communicating through a personal-area network with a wireless connection to the Internet. This brave new world—dubbed the Internet of Things—will allow information to be transmitted to personal trainers, health care professionals and others who will be able to obtain vital real-time information to help keep us healthier.

Moore’s Law will propel these devices with more speed and lower prices. Metcalfe’s Law will make each device more valuable as more people use them to connect to the larger network. According to Hal Varian, Chief Economist at Google, “[t]he price of sensors, processors, and networking has come way down. Since Wi-Fi is now widely deployed, it is relatively easy to add new networked devices to the home and office.”

It’s unclear, however, whether fiber-to-the-home is an essential part of this equation, particularly since many applications will not be tethered to a particular location, making wireless networks the more likely candidates to benefit from this emerging revolution.

Against this backdrop, the notion of future-broadband networks through an all-out push in favor of one technology doesn’t seem to fit. It seems to convey the notion that no new technological innovation will occur at the network level, which flies in the face of everything we have experienced in our constantly-changing digital domain.

Determining broadband regulatory classifications based on a future-proofed view of the world actually is a plea to move backward, denying that technological and marketplace changes will continue apace. It’s tempting for some to believe that we have achieved a state of broadband perfection, and to craft policies that would freeze this perception in place by law.

Hopefully, this won’t become an organizing principle for deliberations at the FCC and Congress regarding broadband policy development. Those who are tempted to accept the notion of future-proofing as technology gospel would be well-advised to remember the words of Bill Gates, the co-founder and chairman of Microsoft. “No one will need more than 637KB of memory for a personal computer. 640KB ought to be enough for anybody.”  Future proofing, even in the 20th century, had a tendency to veer off much more quickly than even the best minds could predict.