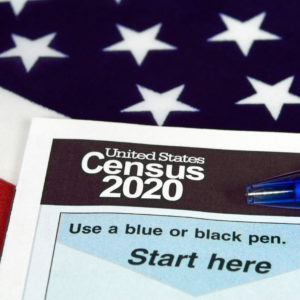 “The census is the bedrock upon which we construct our system of democratic representation,” Commerce Secretary Wilbur Ross told Congress last fall.

Ross is correct, of course, but what many do not realize, is that it is also a cornerstone of our American economy. The census is the single greatest source of data for American business about the American market, demographics and growth potential.

Simply put, the census is a vital tool for business development and growth. Businesses use data derived from the census and the American Community Survey to measure the size of a market for their services. It helps enterprises both large and small make informed decisions, such as where to open new facilities or expand existing ones, how to invest in efficient marketing and merchandising strategies, forecast demand, growth and staffing needs.

Grocery stores use the data to project sales and plan supermarket sites or remodeling existing stores. Health systems use it to determine the need for hospital services, physicians and urgent care facilities in communities they serve, and Nielsen relies on it to calculate television viewership ratings, as well as inform marketing decisions and advertising rates. The examples are endless, and all this is on top of the more than 300 census-guided federal programs, which pump $700 billion each year into communities from coast to coast.

The census is more than an important business issue: An accurate census is a national economic imperative. Unfortunately, this critical resource is facing unprecedented threats, posing serious risks to its success.

From funding cuts and chronic budget shortfalls to field testing delays combined with uncertainty surrounding the implementation of new technologies to a longstanding leadership vacuum in the Census Bureau and harmful legislation currently threatening to dampen response rates: The 2020 census accuracy, credibility and fairness is in danger.

With less than 24 months to go, what can the American business community do to help? Businesses — both large and small — can and should have a voice in matters of strategic importance to our economy. They are critical messengers to policymakers, and can help both the Congress and the administration understand the importance of a fair and accurate census.

Business leaders who educate their congressional representatives and are willing to engage in dialogue with Department of Commerce will go a long way toward making this census a priority for our elected leaders.

While it may be far off, companies can start preparing to be a powerful force in educating their employees, customers and vendors and finding creative ways to educate them about the importance of census participation, such as a company competition or incentives for filling out the census forms.

The census is one of the most important business intelligence tools available to our country, but it is in grave danger. The good news is that it’s not too late for American business to step up and provide leadership, resources and urgency to this national effort. In fact, American business today may be the only thing that can help.

DeVere Kutscher is a partner at Public Private Strategies, a consulting firm.