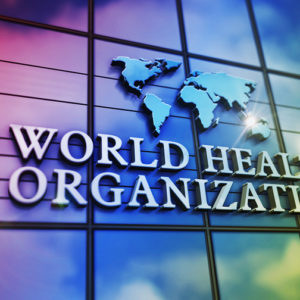 If a nation’s public health policy succeeded in making its citizens healthier, wouldn’t you expect intergovernmental health organizations to examine that policy, embrace it, perhaps see if it could be applied to other countries?

Unfortunately, the taxpayer-funded World Health Organization (WHO) is doing the opposite when it comes to tobacco harm reduction products.

The United Kingdom is a world leader in e-cigarette use among current and former adult smokers. In 2015, Public Health England (PHE) released a landmark report that found e-cigarettes 95 percent safer than smoking. In 2018, the agency would reiterate this finding in an additional examination of the evidence.

Moreover, UK public health agencies actively campaign for the use of e-cigarettes as a substitute for smoking. PHE’s “Stoptober” campaign (launched in 2012) endorsed e-cigarettes and has advocated for “the use of e-cigarettes to help quit smoking.” The strategy appears to be working.  In 2019, there were more than 4 million ex-smokers in the UK that had tried vapor products, with 2.2 million of them no longer smoking.

Now that the UK is no longer a member of the European Union, members of parliament have sought to redefine the country’s relationship with WHO.  In particular, parliament is reviewing the provisions set forth in the organization’s Framework Convention on Tobacco Control (FCTC), of which the UK is a signatory member. Under the FCTC, members must adhere to a plethora of adopted guidelines including price and taxing measures to control – and ideally reduce – demand for tobacco products, as well as other policies to help protect public health and reduce cigarette consumption.

Unfortunately, the FCTC (and WHO) ignore the vast evidence regarding tobacco harm reduction products. Instead, they are steadfast in refusing to allow tobacco companies to provide safer alternatives to smoking.

Regularly, the members of the FCTC meet at a Convention of Parties (COP) to “review the implementation of the Convention and any other legal instruments that the COP adopts.” Since 2008, the organization has consistently pushed its members to “prohibit or restrict” smoking alternatives like vaping.

By 2019, any hope that the FCTC would even acknowledge the role of tobacco harm reduction products (including e-cigarettes, heated tobacco products, smokeless and snus) as a way for smokers to quit, was essentially snuffed out. In September 2019, Head Convention Secretariat Dr. Vera Luiza da Costa e Silva  blasted e-cigarettes, calling vaping “a treacherous and flavored camouflage of a health disaster.”

But the UK may be preparing to push back. In a March 2021 report by the All-Party Parliamentary Group (APPG) for Vaping, the group reported that at the upcoming FCTC/COP9, the UK is in a unique position to “champion its … domestic policies on tobacco harm reduction.” In prior COPs, the UK delegation was “obligated to adhere to the consensus view within the European Union, post-Brexit.” At FCTC/COP9, the delegation is permitted to defend their own domestic regulation of e-cigarettes and tobacco harm reduction products, but also emerge “on the world stage as a leader pragmatic and effective health regulation.”

The APPG for Vaping has denounced WHO’s position on tobacco harm reduction products. Their report notes two papers leaked from WHO’s Eastern Mediterranean Regional Office, which “suggest that the WHO is exploring whether to advocate that reduced-risk products are treated in the same manner as cigarettes or to ban them outright.” As a result, the APPG report recommends the UK delegation to COP9 should oppose “any decision proposed … that would equate vaping products with combustible cigarettes.”

It’s an utter shame the UK must still defend its tobacco control policies, as it was one of the very first countries to examine cigarette use and cancer incidence. In 1962, the Royal College of Physicians (RCP) published its landmark report on “Smoking and health” which “made a strong epidemiological case for the harm done by smoking,” and urged the government to introduce public health measures to reduce smoking.

By comparison, it would take two additional years for the United States to publish the 1964 Surgeon General’s report on smoking.

The RCP has also endorsed the use of e-cigarettes as a method to quit smoking, reporting in 2016 that the use of vapor products is “unlikely to exceed 5 percent of the risk of harm from smoking tobacco.”

The UK should not have to defend its tobacco harm reduction products to WHO, a taxpayer-funded organization that purports to protect global health, but staunchly disregards novel tobacco products. At the publication of the APPG for Vaping report, MP Mark Pawsey – and chair of the APPG Vaping group – declared that with “WHO taking an increasingly hostile stance on vaping, it is more important than ever that the UK be guided by the science.”