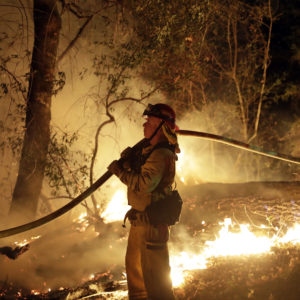 Last year, the Camp Fire tore across California, devouring forests and incinerating entire neighborhoods. Residents fled the flames, returning to find empty streets where their neighborhoods had been. It came only a year after the Tubbs Fire set records as it destroyed thousands of homes outside Santa Rosa, CA. Now that these cities are starting to rebuild, they are discovering that the damage goes even deeper than that. Soaring temperatures from the wildfires melted the PVC water pipes buried underground, causing the plastic to leech chemicals into the water and leaving the cities facing a complicated and expensive repair.

Santa Rosa was one of the first communities to notice water contamination after the Tubbs Fire cut through the Fountaingrove neighborhood, destroying 1,420 homes in 2017. Some of the subterranean damage was obvious–such as melted plastic storm drains that left behind sinkholes–but benzene contamination from overheated PVC pipes was less so. 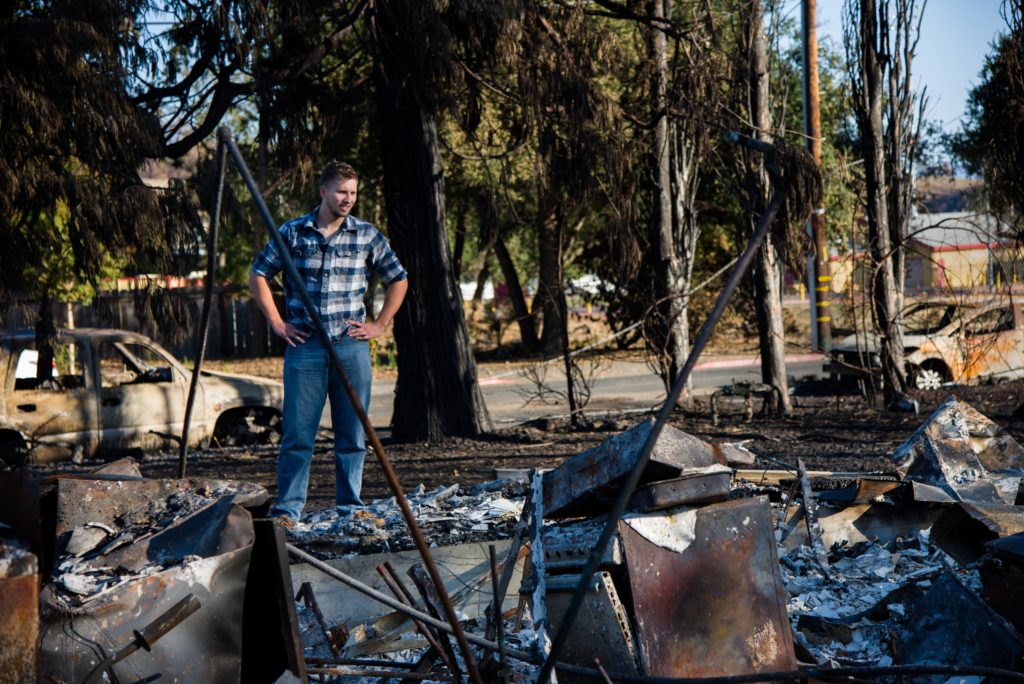 In the months after the fire, residents called to complain about taste and odor in their water. The culprit was benzene, a carcinogenic hydrocarbon frequently used in manufacturing. Eventually, the source was determined to be fire damage to the PVC pipe. A technical report released by Santa Rosa Water in March, 2018 examined other possible sources of the contamination, including fuel storage tanks, but determine that “the pattern of contamination…support[s] the conclusion that the source of contamination is from the by-products (i.e., gases, liquids, and char) produced by thermal degradation of plastic pipes.”

The damage to the PVC pipes was so severe the benzene contamination cannot be flushed out of the system. By last spring, the city was grudgingly accepting the fact that it would need to fully replace the water system in that neighborhood, a project estimated to cost $43 million.

Price tags like that are a tough pill to swallow, especially when added on to the overall costs of the fire reconstruction. And the news may be just as bad for Paradise, CA, which was almost completely destroyed by the Camp Fire last fall.

The Paradise Irrigation District (PID) has been warning residents not to drink the water because of the risk of benzene contamination. Since PVC and other plastics are used throughout not only water systems but also inside homes, there are many possible sources of contamination.

“Buildings are mini distribution systems, and homes have a lot of plastics in them. That is where the chemicals will permeate into and diffuse out of. Even if they install a home treatment device, the house plumbing may be contaminated,” Andrew Whelton, a professor of civil, environmental and ecological engineering from Purdue University who traveled to Paradise to advise PID, told a local paper.

This is complicating cleanup efforts. While there are procedures for cleaning up contamination caused by a chemical spill, dealing with contamination that comes from within the system itself is a different challenge. Among other issues, water quality is generally tested at the municipal level, not at each house. Damaged pipes can cause differing levels of contamination, not just throughout the water system, but within the same house.

In Paradise, testing found benzene in 32 percent of the 173 water samples tested, with an average level of 27 parts per billion, some 27 times higher than the state drinking water standard. Many residents are still drinking bottled water as the city works to sort out the problem.

This is no surprise to groups working to limit chemical exposure. They have long criticized the use of PVC in municipal water systems because of the risk of chemical contamination.

“The problems with carcinogens in PVC material are well known and established. This is not a secret. Nobody ought to be surprised when you burn material that has PVC it produces a litany of poisonous, noxious chemicals,” Dr. Michael Dorsey, a board member for the Center for Environmental Health (CEH) and expert on global sustainability and environmental matters, told InsideSources.

CEH has been working to raise awareness about potential chemical contamination from PVC water pipes for some time and released a paper on the issue last fall. The group sees the wildfire damage as an opportunity to rebuild water infrastructure on a solid, PVC-free foundation.

“The opportunity exists to do things that have a less deleterious impact on the environment,” Dorsey continued, suggesting that municipalities look at non-PVC options, such as concrete and metal. “Right now, over the long run, sound investments can be made to do so. That’s outside of the threat from catastrophic fire.”

So far, municipalities have been left to sort out the contamination issue largely on their own. No state-level initiative has been launched to look into the problem, and no one is moving to change building codes to restrict the use of PVC. In some ways, this reflects the oddity of the situation. PVC pipe is praised for its durability, flexibility, and cost savings. Before this, it hadn’t been thoroughly tested in extreme wildfire situations.

Nor are fires like these common outside of California. The question for city planners may be, how much of the unexpected should you plan for?