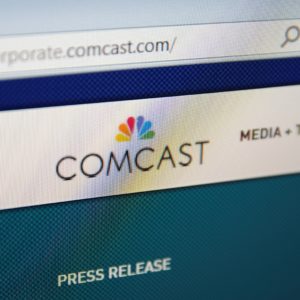 Posted to Technology May 13, 2016 by Giuseppe Macri

The cable industry — the latest entrant in the Internet provider market for businesses — is arguing for more time to comment on the Federal Communications Commission’s newly proposed rules for business broadband, aimed at boosting competition and bringing cable and telecommunications-based providers under the same regulatory umbrella.

The National Cable and Telecommunications Association (NCTA) asked the FCC in filing Friday to give those seeking to comment on the proposal another 45 days to submit briefs and reply to comments before moving ahead with a commission vote on the rules.

The proposal takes a technology-neutral approach to the rules, and would regulate cable providers — relatively new entrants in what’s known as the “special access” market — the same as traditional providers in the telecommunications space.

The FCC has given commenters until June 28 to submit their comments, and until July 26 to reply to those comments.

“Against this backdrop, the notion that parties to the proceeding should have less than two months to prepare comments and less than one month for reply comments sends an unmistakable signal that the commission is not really interested in building a full and complete record,” NCTA said in a filing Friday.

The special access market is made up of traditional providers like AT&T and Verizon and smaller providers like Sprint and Level 3 — companies that lease network infrastructure from the former to offer competing service. The market has undergone significant change in recent years, with providers transitioning from copper-based networks to IP-based infrastructure like fiber, new competition from cable providers and the lifting of FCC regulations aimed at boosting competition by mandating larger providers lease network space to smaller providers.

Those providers have complained in recent years lease contracts have become increasingly unfair and anti-competitive — one of the key drivers behind FCC Chairman Tom Wheeler’s proposal.

In its filing NCTA argued the complexity of the current market, along with the agency’s move to expand the scope to cover cable instead of just market incumbents, warrants more time for comments than the FCC initially provided.

“To expect the cable industry to meet that deadline is particularly unreasonable given that, until the day the item was circulated by the chairman, the commission had given no notice in the fourteen year history of this proceeding that rates charged by cable operators might be subject to regulation or that there was even a reason to consider such regulation.”

Consumer groups argue practices larger providers regularly use in the business broadband market, including overcharges, have cost the U.S. economy $150 billion since 2010, while others argue the current market isn’t nearly so costly.

Cable operators argue the new rules will stifle new competition they’re bringing to the market on their own, and undermine the very goal the FCC is seeking to accomplish with the proposal.

Details about the rules have yet to be disclosed, with Wheeler announcing last month the rules would take into account “competition” to the benefit of consumers, a tech-neutral approach and encourage transition to Internet Protocol-based networks.

At the time Wheeler described the FCC’s current approach as “badly out of date,” and said new rules were necessary to ensure wireless providers like Sprint and T-Mobile get competitive rates to deploy 5G, since the service will rely heavily on special access lines to carry the backhaul of Internet data to cell towers.

“No backhaul – no phone call, text or web surfing from your mobile device,” Wheeler said. “This is about consumers. This is about winning the 5G future.”