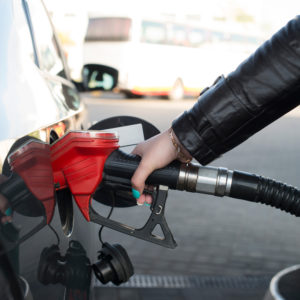 The announcement of plans to ease the nation’s fuel economy standards (known as Corporate Average Fuel Economy standards, or CAFE) triggered numerous defenses of the regulation.

CAFE, which began as a program to reduce oil consumption, is now almost always justified on environmental grounds. Fuel economy standards do succeed in reducing greenhouse gas emissions, but market responses to fuel efficiency hikes make the policies less effective. The costs of high fuel economy standards simply do not make sense given the diversity of viable alternatives for reducing greenhouse gases.

First, the greenhouse gas benefits of tougher fuel efficiency rules are mitigated by consumer behavior. When people buy new, more efficient cars, they don’t maintain their old travel habits. Taking advantage of their ability to drive more miles per gallon of fuel, they tend to travel more. In the long term, the “rebound effect,” as that behavior often is called, eliminates 32 percent of the fuel savings that would occur if drivers kept distances travelled unchanged.

Carmakers themselves mitigate the efficacy of CAFE standards. To alleviate some of the standard’s strain on producers of larger vehicles like trucks and SUVs, the standards vary based on a vehicle’s wheelbase. Therefore, manufacturers can meet the standards either by making their cars more fuel efficient or just by expanding their footprints  — an option that is sometimes cheaper but does nothing to help the environment.

The EPA, in its Midterm Evaluation report intended to evaluate the success of the CAFE program, basically ignored these problems. In calculating the benefits of efficiency standards, the agency estimated the rebound effect as offsetting only 10 percent of projected fuel savings, and left the effects of scrappage and larger wheelbases out of the calculations entirely.

The National Highway Traffic Safety Administration issued a range of estimates for both the costs of CAFE standards and carbon-dioxide emissions the rules would eliminate. Using the NHTSA’s best-case scenarios for cost and greenhouse gas mitigation, the program manages to improve air quality at a cost of $87 per ton of carbon. That figure exceeds the EPA’s old estimate of the social cost of carbon of $46 in 2025 — a number that has since been rescinded by the Trump administration — as well as most academic calculations of carbon’s social cost.

Keep in mind that many other proposals for mitigating vehicle emissions are available. Raising gas taxes, or, better yet, imposing a tax on vehicle miles travelled, would discourage travel and help with pollution, congestion and road maintenance costs simultaneously. Those policies do not suffer from rebound, scrappage, or wheelbase expansion effects.

The Trump administration is not proposing to repeal the fuel efficiency requirements currently in effect or even to halt the standards’ upward climb immediately. The proposal merely freezes the standards as of 2021, five years earlier than the Obama administration’s version of the rules. Many of the cost-effective ways of improving fuel efficiency have already been implemented by the auto industry, meaning that future changes to lower fuel usage must be, on average, costlier. Pausing the standards in 2021 prevents those costs from spiraling out of control.

The fight against greenhouse gas emissions should at least seek to defend the environment using least-cost policies whenever possible. CAFE standards turn out to be an expensive method of cutting emissions compared to alternative climate policy options, even within the transportation sector.

Arthur R. Wardle is a graduate student in economics at Utah State University. William F. Shughart II is research director of the Independent Institute and is J. Fish Smith Professor in Public Choice at Utah State’s Huntsman School of Business and senior editor for the Center for Growth and Opportunity.