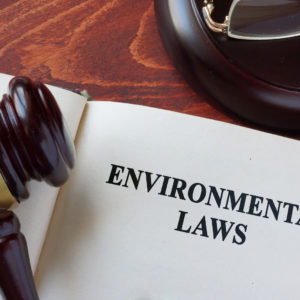 The stakes are rising for climate lawsuits filed by several California cities as more voices are weighing in before a crucial hearing scheduled for Thursday. A web of inter-related lawsuits has tried to make major energy companies, including Exxon and Suncor, and manufacturers financially liable for harms caused by climate change. The hearing is an attempt to have the San Francisco and Oakland cases dismissed.

“These cases are simply another example of trial attorneys attempting to enrich themselves at the expense of manufacturers and manufacturing workers,” said Lindsey de la Torre, executive director of the National Association of Manufacturers’ (NAM) Manufacturers’ Accountability Project (MAP), a group supporting the oil companies.

“This complex issue will not be solved through a patchwork of decisions, but rather through meaningful solutions. We agree with the 15 state attorneys general and the Department of Justice who filed amicus briefs in support of the motion to dismiss in the San Francisco and Oakland cases.”

The attorneys general and many manufacturers believe that environmental regulation should come through legislation which would allow for greater industry participation, rather than through court mandate.

MAP has been involved in several areas of the case. Along with the Competitive Enterprise Institute, MAP complained to the SEC last month, saying that the cities had defrauded investors by downplaying the risks of climate change when selling bonds. The cities have rebutted the claims, arguing that there is no inconsistency in the cities’ disclosure documents relating to the impacts of climate change.

For the first time, the federal government has also weighed in, filing an amicus brief in support of the energy companies. In the brief, the Justice Department’s Environment and Natural Resources Division argue that the cities’ lawsuits would threaten domestic and international energy production if successful. The Justice Department argues that the U.S. has “strong economic and national security interests” in promoting the development of fossil fuels and other energy resources. According to the brief, the Environmental Protection Agency has sole authority to regulate greenhouse gas emissions and any attempts by states to do so would result in a fractured regulatory framework.

“If these Cities may properly allege injuries from climate change, then so can every person on the planet. Federal courts are poorly equipped to handle this multitude of cases and the associated complex scientific, economic, and technical issues,” the brief states.

“Nor should courts be the institutions to resolve the policy questions raised by such cases. Moreover, balancing the Nation’s energy needs and economic interests against the risks posed by climate change should be left to the political branches of the federal government in the first instance,” it continues.

The new developments show how the city lawsuits are becoming increasingly complicated over time. As more cities file suits of their own, the legal arguments, though remaining broadly the same, are beginning to run the risk of contradicting each other. For example, King County, Washington, the site of Seattle, filed a suit against BP, Chevron, Exxon Mobil, Royal Dutch, and ConocoPhillips at the beginning of the month.

The King County suit complained that “until approximately early 2017, Exxon’s website continued to emphasize the ‘uncertainty’ of global warming science and impacts,” arguing that the company’s insistence on “crystal clear certainty” was blatant misdirection. Meanwhile, evidence produced by the California municipalities accused to securities fraud emphasized that the “speculative” and “cautionary” element of assessing climate change risks and damages.

Arguing before the SEC, the California cities presented a report they had commissioned from Martha Mahan Haines, former head of the SEC’s Office of Municipal Securities. In her report, Haines defended inconsistencies between the characterization of the risks of climate change in investment materials and the cities’ lawsuits by turning to the uncertain nature of climate predictions.

The hearing on Thursday has the potential to put at least a few of these issues to rest. However, the odds of that happened are slim. Instead, the hearing will add one more layer to an already complex series of arguments.