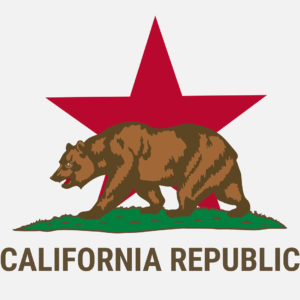 Education officials in the Golden State have spent years developing a school and school district accountability dashboard that uses color-coded grids to make it easy for the public to take in a sophisticated understanding of educational quality in a number of areas at-a-glance. With a looming September deadline to submit an accountability plan to the federal Education Department, California officials have demonstrated their confidence in the new dashboard by featuring it prominently in the state’s draft plan.

Under the new federal education law, the Every Student Succeeds Act, or ESSA, every state is required to submit an accountability plan to explain how officials will remain in compliance with the law and that federal taxpayer dollars are used appropriately. As the most populous state in the union—and the largest market for education corporations—California’s movements in education policy can have major ripple effects throughout the country. California’s size, and its command of billions in federal educational grants every year, attach high stakes to its plan in particular.

Furthermore, an alliance of districts within the state already has a head start on many of the reforms being promoted under ESSA. Eight districts in the state had originally banded together to implement the Common Core, but then deepened their cooperation in 2013 to pioneer the new kind of accountability dashboard the entire state is now borrowing from. The group is also looking at other measures of school performance besides simple test scores through a detailed data collection system, including rates of chronic absenteeism, student growth, and Social Emotional Learning.

While the state ESSA plan that is taking shape is not as complex or ambitious as the work being done by the eight “CORE districts,” state officials do seem to be looking closely at the district’s vanguard initiative. For example, the state is putting a premium on aligning federal, state, and local accountability criteria, meaning that the same tools used to measure school performance are also used to measure district performance. The new accountability dashboard also puts a premium on both high performance as well as on growth and improvement. Under older models, a low performing school that demonstrates high year over year growth might still be classified as low performing—but not so under the new model.

The state’s color-coding system goes up on a scale of red, orange, yellow, green, and blue, and can be applied to both academic and nonacademic school quality indicators. A state-produced video illustrates how the system will work. The academic criteria to be used for evaluating schools in California are to include test scores, rates of chronic absenteeism, and graduation rates. The non-academic indicator that the system is planning to use is rates of suspensions in schools and districts.

Notably, California is counting rates of chronic absenteeism as an academic indicator, while a number of other states are classifying the measure as a nonacademic indicator. By putting absenteeism in the former category, the indicator will be able to be weighted more heavily for accountability purposes. State officials justified the classification in the draft plan by stating that chronic absence rates have a “strong correlation with future academic attainment.”

Chronic absence rates, which some experts say has been given short shrift in recent years, is a particularly important indicator for younger students, according to officials. “A study in California found that only 17 percent of children chronically absent in both kindergarten and grade 1 were proficient readers by the end of grade 3, as compared to 64 percent of their peers who attended school regularly,” reads the draft plan.

Another particularity included in the California state ESSA plan is the way the state is planning to disaggregate data for racial and ethnic subgroups of students. From the draft plan, it appears the state is using increased federal flexibility to tailor these categories to the state’s demographics. In addition to the standard classifications of White, Black, Asian, Hispanic or Latino, and American Indian students, the state will also be disaggregating data for Filipino and Native Hawaiian or Pacific Islander students.

There are significant portions of the California plan that are still yet to be determined. For example, officials have not outlined precisely how they will identify the bottom five percent of schools in their system that are to be targeted for additional state supports—though the document does say that the state will likely start with schools that are in the red in all categories. State officials also still need to set long-term overarching goals for their school system. The public has until the end of the month to comment on the state plan.