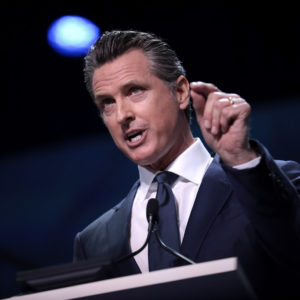 California Prisons — Can Inland Cities Push Back Against Coastal Elitism to Save 1,200 High-Paying Jobs?

A looming battle in California over the fate of contracted, privately managed prisons and the economic devastation their closures would bring has two inland cities potentially rebuffing coastal elitism in the name of high-paying local jobs.

Can they afford to back Gov. Gavin Newsom’s destructive ideology, or will they vote to protect their communities?

While Newsom may be more concerned about his vineyards and hosting fundraisers in a luxurious wine cave, typical Californians outside of his wealthy donor base in Silicon Valley and Los Angeles are focused on keeping jobs and food on the table. In the third quarter of 2019, economic growth in California slowed considerably, down to 2.1 percent from a high of 4.3 percent when Newsom was elected in 2018.

Despite signs of an economic slowdown, including an uptick in bankruptcies across the state, Newsom continues to pursue harmful policies, often driven by so-called social justice activism, which will only further burden his constituents.

Everywhere you turn, there are more examples of Newsom’s misguided policies. He signed AB 51 into law, which bans arbitration agreements between employers and employees. This would increase costs on those still doing business in California and reward trial attorneys who would undoubtedly see an uptick in litigation. Already, The U.S. Chamber of Commerce is pursuing an injunction against the enactment of this law.

In the High Desert area beyond Los Angeles, residents of Adelanto and north of Bakersfield in McFarland are feeling the painful consequences of Newsom’s actions against privately run corrections facilities. In October, he signed AB 32 into law, phasing out the use of contractors to manage correctional facilities — an apparent attempt to abolish Immigration and Customs Enforcement operations in California.

Unless local government and the operators can agree to reuse these facilities to house either federal inmates and/or those in ICE’s custody, his action could mean the end of 1,200 well-paying jobs in otherwise-struggling communities.

If shuttered, families and businesses in Adelanto and McFarland will immediately feel a tremendous impact. Because there is little other industry, McFarland already has a 37 percent poverty rate, while Adelanto’s is just over 35 percent.  These communities — far from Newsom’s fancy wine cave — cannot afford to take such a severe hit.

Longtime employees who fill these positions are proud of their work. Liz Knott, a program manager for the McFarland Female Community Re-entry Facility, rejected the myth that it is “capturing kids and holding families, it’s not what we do and it’s not what we’re looking to do.” On the contrary, Knott says, “I feel very confident that if you visit our facilities, they are clean, they’re safe and we do a good job.”

North of McFarland, Regina Duran describes her successful career as an officer at an Adelanto facility. After working as a hairdresser and relying on welfare, she has been employed at the facility for eight years, leading to a promotion and the financial freedom to buy a home for herself and her four children. Duran speaks from experience when she describes the “unlimited possibilities” these facilities have brought to Adelanto.

Their statements are corroborated by the American Corrections Association, which according to the company that manages them, has certified each within the past few years with a score ranging from 93 to 99 percent.

There is hope that these jobs can be saved, as long as cities are willing to fight for their economic wellbeing. Their communities are depending on them to do so. Without sending a strong message against coastal elitism, Newsom will continue to wage his own ideological war and small towns will continue to suffer the consequences.

It is time for local governments to defend their own.

Brian Maloney is co-founder of The Media Equality Project and editor of MediaEqualizer.com. He wrote this for InsideSources.com.