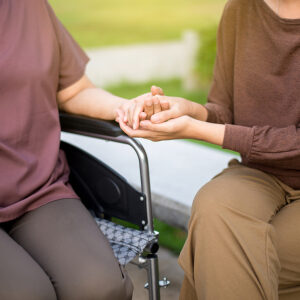 California is on the precipice of expanding its assisted suicide law which will have lethal consequences for many people.

State Senate Bill 380, if enacted, would weaken the few requirements that must be met before a person diagnosed as terminally ill can be prescribed death-inducing drugs under the state’s five-year-old assisted suicide law. This legislative effort is misguided and disturbing, but not surprising. Dr. Diane Meier, a palliative care specialist, has said in regard to legalized assisted suicide, “All the heartfelt adherence to restrictions that are announced when you first get the public to vote in favor of this go up in smoke once the practice is validated.” It is a deadly bait and switch.

The bill would reduce the minimum waiting period between a patient’s required first and second oral request for lethal drugs from 15 days to 48 hours. That would mean a person who is distraught but considered mentally competent by his doctors could make the first oral request on a Monday morning, the second on Wednesday morning, make a written request immediately thereafter and receive and ingest the death-inducing drugs by Wednesday evening. Ironically, the process of receiving and taking a lethal prescription could take less time than for the drugs to work. It has occasionally taken people up to 72 hours to die with the drugs having bad side effects. Reducing the waiting period discounts and indeed mocks the profound, irreversible nature of causing one’s own death.

Oregon data indicate uncontrollable pain is not a primary reason that people request lethal prescriptions. Instead, it is often for psychosocial or existential reasons such as perceived lessening of autonomy or feelings of being a burden. Reducing the minimum timeframe between requests decreases the time for reflection. It increases the likelihood that a decision could be made on impulse, due to a mood swing, at the stray suggestion of another, a rough patch in treatment or the stopping of treatment, a stressor such as the death of a spouse, or a significant practical issue such as a lapse in aide support. There can be any number of triggers for despair that a person may work through if given time.

The argument has been made that the present 15-day timeline is too long because some people die natural deaths before being able to obtain deadly pills. Proponents give no reason why, if someone is so close to death, a non-FDA-approved oral drug cocktail is preferable to palliative care or, at a person’s request, sedation.  Moreover, a prognosis of imminent death can simply be wrong.  For example, one study found 15 percent of critical care patients thought to be dying survived unexpectedly, even when predicted to die by all medical caretakers.

One of the large unanswered questions is, of course, how can a person’s competency and the informed and voluntary nature of his decision be determined if the timelines are so short and the person so ill.

Moreover, while the public sees assisted suicide as applying to long-term conditions like cancer and heart disease at terminal stages, shortening the process could cause assisted suicide to be seen as applicable to critical conditions that arise suddenly or traumatically such as major wounds, burns or raging infections and, indeed, self-inflicted injuries. The possible implications of fast-tracking assisted suicide do not appear to have been considered.

Groups that support Senate Bill 380 owe it to society to be candid about why they think the present law needs to be expanded. Do they now promote assisted suicide as a principal alternative to the difficulties of progressive illness rather than the course of last resort that they once portrayed it to be?

Lisa Blumberg is a lawyer, writer, and disability rights activist. She wrote this for InsideSources.com.