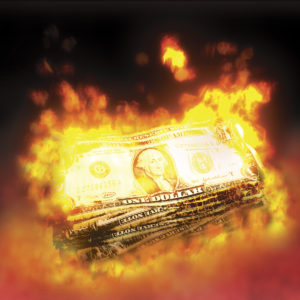 The past few fire seasons have not been kind to California utility company PG&E. Even before the outbreak of the Camp Fire last fall, which killed more than 85 people and destroyed more than 18,000 structures, the utility was struggling to cover damages from fires last year. Facing billions of dollars in liabilities and likely years of court cases, PG&E has struggled to find a way out of the mess. It’s a situation that, in the long term, will likely prove costly for consumers. PG&E’s problems are also a warning to other utilities of the hidden costs of getting too big.

In California, a company like PG&E  that is seen as acting in the government interest can be found liable for damages if it causes property to be lost through its actions. This means that PG&E is looking at some $12 billion in damages from 2017 fires. The state is also likely to levy fines for the 2018 fires if negligence is found to be a cause.

Nor would the utility’s problems stop there. In an opinion filed last week, California Attorney General Xavier Becerra raised the stakes again with an opinion that argued that the utility could be charged with murder or manslaughter if it was found to have operated recklessly. The case in question refers to a deadly 2010 explosion of a PG&E gas pipeline. However, the brief could also be applied to cases stemming from this year’s deadly fires.

“Starting a wildfire by recklessly operating or maintaining power lines could implicate three different categories of California criminal offenses,” the brief states. These range from misdemeanor through murder or manslaughter.

The state is alleging that PG&E failed to properly maintain vegetation running under the lines, allowing wildfires to start more easily.

These developments have left many wondering if PG&E can survive. During the height of the California energy crisis in the early 2000s, the utility was pushed into bankruptcy, from which it emerged in 2004. Now the prospect of another bankruptcy filing seems likely. As early as this summer, the utility was already hinting that liability costs might push it over the edge.

“California is one of the only states in the country where the courts have applied inverse condemnation liability to events associated with investor-owned utility equipment,” the utility said. “This means PG&E could be liable for property damages and attorneys’ fees even if we followed established inspection and safety rules.”

The situation has only worsened since then. A bankruptcy would raise the utility’s borrowing costs and incur other expenses that, in the end, would fall on ratepayers.

The California state legislature has discussed ways to keep the utility open. Last fall, Governor Jerry Brown signed a law allowing the utility to pass costs related to some fires on to ratepayers. Another proposed bill would expand this ruling to include the impacts of last year’s fire season. Both measures come up short of changing the state’s inverse condemnation rules, which lie at the heart of the matter.

In part, inverse condemnation is a reflection of limitations in the California energy market. For more than a century, PG&E was granted what essentially amounted to monopoly status. In exchange, they have had to comply with state laws mandating that they provide service to all homes–even those constructed in remote areas, where maintaining lines is more difficult.

It is also setting up the utility–and its 16 million customers–to take a hard fall. The liability costs from wildfires fall on the company. Consumers worried about the potential risks of this arrangement lack another utility option across much of the state.

This is becoming a concern in Colorado, where ratepayer groups are worried that Xcel Energy, the state’s monopoly utility, was hiding information about how its clean energy plan would impact consumers. They found that the models used by the utility covered up $88 million in costs.

Meanwhile, in the southeast, two major utility companies–NextEra Energy and Dominion Energy–recently finalized deals to expand their holdings by purchasing other regional utility companies. NextEra is to acquire Gulf Power in a $6.475 billion deal that would improve its already dominant position in Florida’s energy market. The company already owns the largest utility in the state.

Slightly north, in South Carolina, SCANA, a utility and energy holding company, is being sold to Dominion. This sale was in part the result of cost overruns tied to the planned construction of two nuclear power plants. It too will come at a cost to ratepayers, as the deal is contingent on Dominion being able to recoup some of billions in cost overruns.

It also leaves electric customers in Georgia and South Carolina with fewer options. And as the situation in California shows, when it comes to energy, a lack of choices can become an expensive situation.