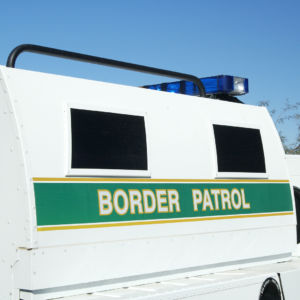 California is currently considering a bill that would make it the first sanctuary state. The bill would prohibit law enforcement from using resources to help federal immigration officials. Local unions affirmed their support for the bill by joining advocates for a rally in Richmond, California.

The Caravan Against Fear is a coalition of advocates that helped organize the rally. The coalition states it’s mobilizing in defense of basic civil and human rights. The caravan has been traveling through the state to advocate for immigration reform since Monday. The caravan stopped outside the West County Detention Facility for the rally.

“We’re mobilizing because fear is spreading throughout the U.S. and being used as a tool to promote white supremacy, terrorize communities, and break apart families,” a statement from the caravan details. “Since Trump took power, millions have marched, blocked airports to defend immigrants and refugees, and gathered in public to speak – and shout – truth to power. But the job of fighting fascism is just getting started.”

The Bay Resistance, a network of progressive groups, organized the caravan with help from labor unions, human rights groups, civic organizations, and other advocates. The Service Employees International Union (SEIU), the National Day Labor Organizing Network, their local affiliates, and other local unions have helped.

California would be the first sanctuary state, but several cities have already enacted local versions of the law. The policy has attracted plenty of critics who see it as dangerous and a violation of federal law. Kate Steinle moved to the forefront of the debate after being shot to death in 2015 by an illegal immigrant and repeat felon.

“We’re prohibiting local and state unfettered communications with federal authorities in getting many dangerous and violent felons out of our communities,” Republican State Sen. Jeff Stone said, according to CNN. “How many more Kate Steinles do we need?”

Labor unions have advocated for the bill since it was first introduced late last year. SEIU Local 521 sent a delegation to the state capitol earlier in the month to rally for a handful of pending immigration bills. The Los Angeles Times reported that union members rallied in support of the bill March 21 in downtown Los Angeles.

The American Civil Liberties Union was joined by local unions officials for a letter to law enforcement in Los Angeles. The letter urged local politicians and police to take steps to prevent Immigration and Customs Enforcement officers from impersonating police officers to gain access to homes and businesses.

The California State Senate passed the immigration bill Apr. 3 before sending it on to the State Assembly. California could be the first sanctuary state if the Assembly passes it. The Senate also passed a bill that will provide $12 million to help immigrants legally fight deportation.

The Caravan Against Fear began in Northern California on April 10. It has been traveling through the Bay Area and Central Valley on its way to Los Angeles to celebrate Easter with local religious leaders. The caravan will eventually end May 1 for a strike.

Labor union also have a lot of gain by a more open immigration system. Illegal immigrants are not legally authorized to work or join a union. Those immigrants could potentially help unions replenish their dwindling ranks by gaining the right to join them. The Bureau of Labor Statistics found union membership fell from 20.1 percent in 1983 to just 11.1 percent by 2014.