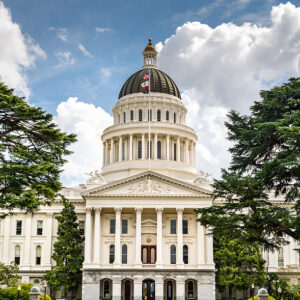 State leaders should be working together to determine how best to protect small business owners, teachers, firefighters, and countless others who support our communities. Yet, they seem to be more focused on bulldozing ahead with the billion-dollar boondoggle known to Capitol insiders as the Capitol Annex Project.

The project will destroy and rebuild the iconic – and historic – Capitol Annex, construct a visitor center, and build an underground parking garage for state officials, all to the tune of $1.3 billion. While safety hazards in the building must be addressed, experts have estimated the project could be done for much cheaper, around $300 million. And, the $400 million “swing space” that was going to house legislators and staff temporarily during construction has already broken ground and could relocate them there permanently. Beyond demolishing the historic Annex, the project will excavate parts of the Capitol park, destroying more than 100 trees, and eliminate gathering spaces, essentially silencing civically engaged Californians.

The project’s cost should already raise eyebrows, but where the funding will come from should further concern taxpayers. Originally, the project’s cost estimate was $755 million, earmarked from the general fund. Now, the project is linked to bonds in case of a fiscal emergency. There is no doubt that the Golden State is experiencing a fiscal emergency, but the cost has continued to grow, now estimated at $1.3 billion, due to an interest rate of 35 percent over 25 years. This should be a major concern for Californians, as the loan owed by the state will come from taxpayers’ pockets.

Adding another red flag to the list, the plan has been kept secret from the public since its conception. Two members of the Historic State Capitol Commission – created by the Legislature for the express purpose of protecting the historic building – even resigned, citing the lack of transparency as a major issue in the project. In response, these members joined other experts to create the Public Accountability for Our Capitol (PAC), a coalition urging legislators to reconsider the plan and adopt alternative solutions that are more affordable, better for the environment, and include public input.

Taxpayers deserve to know what their hard-earned money is supporting, particularly during a pandemic. The Capitol Annex Project is a wasteful venture that needs to be put on hold. Legislators should sacrifice cushier offices and prioritize the needs of their constituents during this unprecedented time.

To raise public awareness of this project and its impact, the Kern County Taxpayer’s Association recently joined Save Our Capitol!, a campaign supporting alternative solutions to improve the Capitol Annex, preserve history, protect rights, and prioritize environmental protection.

There has never been a more important time to consider the needs of Californians. I hope our legislators prove where their priorities lie.

Michael Turnipseed is the executive director of the Kern County Taxpayers Association. He wrote this for InsideSources.