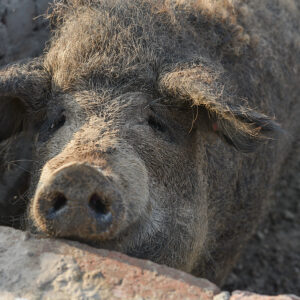 California’s Proposition 12 Is Bad for People and Pigs

On Friday, February 18, the U.S Supreme Court will consider whether to hear an appeal of NPPC v. Ross, challenging the constitutionality of California’s Prop 12, the Bacon Law. Twice in January, the justices considered hearing the appeal from the 9th Circuit and pushed the decision to their next meeting. I am no legal scholar, but I wish they could walk my farm with me for a day. It might help them make up their minds.

This time of year, it is minus 2 degrees at 6:00 a.m. in northwest Iowa, when our caretakers and I check on our pregnant sows. The barns are a comfortable 68 degrees and quiet. A few sows vocalize as we note which may need extra care. It is our morning routine.

Though 300 pregnant sows are kept in each large pen, most nest in groups of 12 to 15 — their own personal cliques. They lie down touching each other, for a sense of security.

On average each has 20 square feet of space, leaving them plenty of room to visit their food and water stations, and other pigs.

To them, it is idyllic. But to California, our farm fails the standard of animals housed in a “cruel manner” set in 2018’s Proposition 12. It is a civil and criminal offense to sell pork in California from hogs born to sows anywhere “confined in a cruel manner,” meaning 24 square feet of living space, a requirement only 4 percent of American pig farms meet.

California’s mandate also applies to weaned sows recovering from nursing and rearing piglets. During recovery sows hormonal activity soars, making them aggressive. We give our sows the safety and protection of individual breeding stalls until they conceive, the natural cure to aggression.

A University of Minnesota study shows advantages and disadvantages to all the types of pig housing commonly used. It turns out that whether housing gives sows 16, 18, 20, or 22 square feet is unrelated to their well-being.

But California accounts for almost 15 percent of U.S. pork consumption. As out-of-state hog farmers raise 99.9 percent of the nation’s sows, in-state producers in no way reduce the coercive power of the huge California market. Farmers in pig-producing states will need to retrofit barns or build new ones.

We are not talking chicken feed. A study by North Carolina State University agricultural economist Barry Goodwin found that for a small family farm, meeting California’s mandate would cost more than $3,000 per sow. Nationally, the estimated conversion costs will exceed $2.2 billion.

Some of those costs likely will be borne by consumers, many of whom already are struggling because of inflation-fed higher food prices. This includes the 16.4 percent of Californians who fall below the poverty line.

If there was any doubt that California’s government intends for this law to push aside Congress and become a national regulation, it should have vanished last month. State officials had not finished writing implementing regulations. So, on New Year’s Day, when the law was to go into effect, a state judge in Sacramento put enforcement on hold. The California Department of Food and Agriculture then announced that the ruling “applies only to retailers, and not pork producer providing pork products to California.” Put another way, California to national pork producers: Drop Dead.

Literally. The worst part is Prop. 12 was never about the well-being of animals or food safety, as claimed. The CDFA has stated it will have no effect on either. The proponents – animal rights activists — knew that compelling hog farmers to convert barns would drive many to close, meaning higher prices, less demand, and fewer hogs.

Dwight Mogler is a fourth-generation family farmer from Lyon County, Iowa. He and his family member own and operate Pig Hill Farms. He wrote this for InsideSources.com.

HOLY COW! HISTORY: A Hurricane, a Rabbi, and a New… Read More