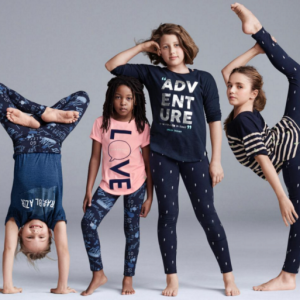 Call It Outrage Just for the Sake of Outrage

A taller white child rests her bent elbow on the head of a shorter black child. In today’s socio-cultural climate, that’s reason for a major controversy perpetuated mostly by the black thought police.

A needless controversy involving baseless outrage, at that.

Check out the new GapKids ad campaign with the theme: “Meet the kids who are proving that girls can do anything.” And they do it in the Gap fabric of life.

The campaign, implemented with the blessing of actress and talk-show host Ellen DeGeneres, has been labeled a classic case of “micro-aggression.” That is a nouveau term that essentially means “passive racism.”

Bet you didn’t realize shopping at the Gap could be so touchy.

What would the critics have said if the roles were reversed: a taller black child resting her elbow on a shorter white child?

Gap Inc., which also owns Banana Republic and Old Navy, is merely the latest so-called offender of “micro-aggression.” The $16-billion, San Francisco-based global apparel giant was hatched in 1969 when Doris Fisher and her husband, Donald, couldn’t find a pair of jeans that fit him. Hence, they co-founded “GAP,” a moniker Doris Fisher coined as a derivative of “generation gap.”

Now, 47 years later, we have a “generation gap” surrounding the Gap.

I bet the tone and optics of this ad campaign, if it aired, say, in the 1980s or 1990s, wouldn’t have registered on the so-called “micro-aggression” meter. There wouldn’t have even been a ripple of public negativity seeping into the advertising waters those years.

All of this raises a key question: Are some folk becoming angry and outraged about certain issues or trends in today’s society simply for that reason. Just to be angry about something any given day.

That’s crazy. Why get so stressed out, daily. That’s too much of an energy requirement.

Outrage for Sunday, Monday, Tuesday, Wednesday, etc. But maybe not on Saturday, because that’s party night. And don’t get angry going out to party.

Sarcasm aside, let’s be clear: Many people don’t exhibit anger or outrage until they are told to foster those emotions. As in this familiar phrase, “You aren’t an authentic black person unless you are outraged by this …”

The other question: Do critics really believe seeing a photo or video of a taller white child resting her elbow on a smaller black child will forever damage the psyche and self-esteem of said black child? Especially in what appears to be a relatively innocuous display of girls just having fun.

Is the so-called “micro-aggression” syndrome real or imagined?

We hear the term quite often in today’s changing atmosphere on college campuses. College environs nowadays are becoming notorious for stymieing free speech — especially when the speaker is grounded in a conservative base. Colleges once were bastions of free thought. Independent streams of consciousness. Free exchange of ideas.

Take the University of California at Berkeley, for instance. Certain phrases, once accepted as part of the soul or essence of America, now are shunned or frowned upon.

We know young folk prefer to be cool. Now, there is a new definition of uncool.

For instance, at Berkeley, it’s uncool to utter the phrase “melting pot.” Why? Because the United States, in the nouveau vernacular, shouldn’t be viewed as a legitimate “melting pot” for some, mainly black folk.

With that, in today’s hypersensitive atmosphere, four young girls cannot exhibit the freedom of youth in an ad campaign without its legitimacy questioned.