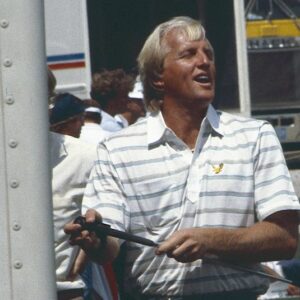 Bluffing and misdirection are commonplace in professional sports. Bill Belichick’s defenses are famous for making quarterbacks see ghosts. Countless batters geared up for fastballs from Randy Johnson and Pedro Martinez, only to wave helplessly at their breaking balls. And NFL general managers feed misinformation to the media leading up to the draft in hopes of landing the player they truly desire.

Perhaps the most brazen bluff unfolding in the professional sports world today is the claim that the PGA Tour will impose a lifetime ban on any professional golfer who associates with LIV Golf, the new league led by all-time great Greg Norman.

Let’s be clear: A lifetime ban is never going to happen. PGA Tour Commissioner Jay Monahan is no doubt being advised by high-priced lawyers who—if they are worth even a fraction of their lofty rates—have surely advised him of the legal consequences that will blow up in the PGA Tour’s face if it imposes lifetime bans on independent contractors who choose to associate with a competitor.

Most notably, imposing a lifetime ban on players would trigger a slam-dunk antitrust lawsuit by Norman’s upstart league, the players, or even federal antitrust enforcers who have made it a priority to protect workers’ ability to ply their trade for whomever they please without interference from corporate giants.

The U.S. Supreme Court made clear in Lorain Journal Co. v. United States in 1951 that it is an antitrust violation for a monopolist to attack competition by coercing third parties—such as independent contractors—not to deal with a rival. Other dominant sports leagues employed similar blacklisting tactics in the past but abandoned them decades ago under antitrust pressure. For example, in the 1940s and 1950s, the NFL blacklisted players for playing with rival leagues. One of those players, William Radovich, asserted an antitrust claim against the NFL and its commissioner based on his ban. The NFL claimed it was immune from the antitrust laws under baseball’s antitrust exemption, but when the Supreme Court rejected that defense, the NFL quickly settled Radovich’s claim.

When the NFL was unsuccessful in lobbying Congress to grant it an antitrust exemption, the league abandoned its blacklisting practices. The result was the launch of the AFL in 1960, and the explosion of competition transformed the landscape of professional football. Surely Monahan’s lawyers are aware of the lesson learned by the NFL more than 60 years ago.

Monahan’s lawyers have also surely informed him that the antitrust laws have real teeth. Imposing a ban on players would not only expose the PGA Tour to judicial oversight through an injunction, but successful antitrust plaintiffs are also automatically entitled to triple damages. Press reports indicate Norman’s LIV Golf has already invested hundreds of millions of dollars in the new league, which suggests that an antitrust damage award against the PGA Tour for wrongfully squelching competition might result in a nine- or ten-figure judgment.

Monahan’s lawyers have also likely informed him that he might potentially be personally liable for antitrust damages if he is found to have overstepped his role—as Commissioner of a non-profit organization whose Articles of Incorporation state that its purpose is “[t]o promote the common interests of professional tournament golfers”—by imposing lifetime bans on professional golfers for the offense of playing in professional golf tournaments that compete with the tour that pays Monahan’s multimillion-dollar salary. A sobering proposition, no doubt.

In addition to the antitrust consequences, the grenade blowing up in the PGA Tour’s face would also likely result in the loss of the PGA Tour’s tax-exempt status under Section 501(c)(6) of the Internal Revenue Code, which requires that an exempt entity must be directed at the improvement of business conditions for an entire “line of business.” The Supreme Court has held that a business association loses its tax-exempt status if activities are no longer aimed at benefiting all competitors in the marketplace. As the high court explained in National Muffler Dealers Association v. United States, the tax exemption “is not available to aid one group in competition with another within an industry.” A lifetime ban on all players who affiliate with a competing tour is difficult to square with this requirement.

Unless, that is, Monahan’s interpretation of the rules is that playing for any tour that competes with the PGA Tour is “conduct unbecoming a professional golfer.” That interpretation, however, would walk the PGA Tour squarely into the antitrust and tax-exemption buzzsaw.

There is also the matter, not to be underestimated, of the immediate and lasting damage a ban would do to relations between the PGA Tour and professional golfers. The opportunity for Norman’s league arose in the first place because professional golfers are recognizing they are paid far less than what they are worth and are dissatisfied that they are guaranteed no earnings, must go out of pocket for substantial expenses, and the great bulk of the revenues generated on their shoulders goes to pay for the bloated bureaucracy of the PGA Tour and the multimillion-dollar salaries that Monahan and his colleagues give themselves.

If Monahan—the beneficiary of $7.4 million in payments in 2018, the last year for which public disclosures are available—dishes out lifetime bans to players for the offense of plying their trade where they choose and trying to make the best living possible for themselves and their families, that would undermine any remaining trust the players have in the PGA. Recent statements by golfers to the press—even those who assert loyalty to the PGA Tour—make clear they take great pride in their independent contractor status, and are unlikely to react well to efforts by the PGA to claim total control over them.

For all of these reasons, it is perhaps not surprising that there are no reports of Monahan himself threatening player bans since he stood in front of a group of PGA Tour players in early 2021. Perhaps Monahan began listening to his lawyers when he recognized the potential consequences. But whatever the reason, Monahan has been notably silent lately when it comes to threats of bans. Similarly, it was reported that the PGA Tour might decline requests for exemptions or impose bans on players who played in the Saudi International, which is affiliated with the Asian Tour and LIV Golf, but when 30 PGA Tour players sought releases for the tournament, Monahan backed down and granted them.

Nonetheless, talk of lifetime bans still wafts about in the press and apparently is whispered to players and their agents. The PGA Tour doubtless hopes the lingering effect from Monahan’s threatened ban will dissuade golfers from signing up with Norman’s tour. But it is difficult to imagine this bluff will cause an entire industry to cower in fear. Indeed, reports emerge almost daily about the number of golfers who have already signed up with Norman’s competing tour.

At this point, the PGA Tour surely has enough information to identify at least some of the golfers who have signed up with LIV Golf. Any reader of the press can put this together. Greg Norman himself proudly proclaims that he is a lifetime member of the PGA Tour. The clearest sign that the PGA Tour’s threat is no more than a bluff is the PGA Tour has not banned anyone for affiliating with LIV Golf.

As more players call Monahan’s bluff and follow their own best interests, we should not hold our breath waiting for bans to be issued. Monahan and his lawyers presumably know better than this. They only hope the players don’t realize it.

Alden Abbott is the former general counsel of the Federal Trade Commission. He wrote this for InsideSources.com.