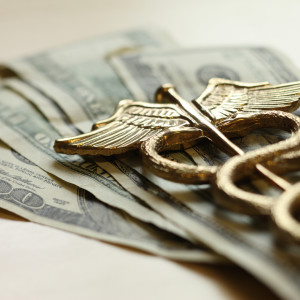 Can We Afford Four More Years of Obamacare?

Posted to Politics February 16, 2016 by Joseph Antos and Joel White

Hillary Clinton wants to be the sensible alternative in the race for the Democratic Party’s presidential nomination. Instead of Bernie Sanders’ budget-busting single-payer health care, she argues for the status quo. As Mrs. Clinton said to supporters in January, “It was called Hillarycare before it was called Obamacare. I don’t want to start over.”

Let’s take a quick look at what has happened to the average family’s health bills since 2010.

According to the Kaiser Family Foundation (KFF), average premiums in the workplace were up 24 percent for individual plans and 27 percent for family plans. The vast majority of privately insured Americans – 9 out of 10 – purchase coverage through their employers.

Over the past 5 years, a typical family of four faced 43 percent higher health costs, including both premiums and out-of-pocket expenses.  The Milliman Medical Index also shows that employer costs increased by 32 percent, from $10,744 in 2010 to $14,198 in 2015.  That’s nearly $3,500 that could have gone into paychecks if health costs had not soared.

To be fair, these trends did not begin with the ACA. Going into 2010, premiums for the typical family of four were about $10,000 higher than they had been at the millennium—an increase equal to 17 percent of the median family income. But also to be fair, if you had an unsubsidized “silver” exchange plan last year, your premium is up about 11 percent this year, and your deductible is about $3,064—an increase of about 20 percent.

With a name like the Affordable Care Act, many middle class Americans are wondering whether Obamacare solved the cost problem.  Unfortunately it has not, despite White House claims.

Most of the recent slowdown in health care costs was driven by the serious recession in 2008 and 2009 followed by a weak recovery.  The cost of coverage continued to grow slowly through 2014.  But relative to incomes, premiums are twice as large as they were in the early 2000s.  The typical family pays about 35 percent of their income on health.

The bad news is that the slowdown is over.  HHS actuaries project that health spending will grow an average of 5.8 percent a year over the next decade, reflecting the ACA’s coverage expansions, a stronger economy, and an aging population. Because health spending will grow faster than the economy or wages, businesses and families will pay an increasing share of their budgets for health instead of other necessities.

The structural pressures driving this surge are, if anything, getting worse. Provider consolidation has given hospitals and physicians more pricing power than ever. Waste and inappropriate care still accounts for one quarter or more of health spending. Government mandates, taxes and ever-changing rules governing everything from special enrollment periods to market rules drive both cost and uncertainty in the market.

The harsh reality is that middle class Americans will continue to see a shrinking standard of living until medical costs are tamed. Little wonder that voters are losing patience with politicians who promise more of the same.

Joseph Antos is the Wilson H. Taylor Scholar at the American Enterprise Institute. Joel White is the President of the Council for Affordable Health Coverage, a multi-stakeholder advocacy group that supports policies that lower health costs.