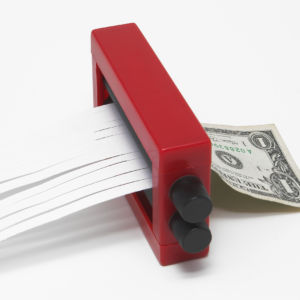 Can a Financial Predator Be Invisible?

You can be a victim of an “Invisible Lovers Con,” which can result in a predator draining your finances and damaging your health. A study by the National Institute for Justice found that 12 percent of people over the age of 60, mostly men, have been exploited to more than $2.9 billion annually. That’s more than the individual budgets of 95 countries around the world.

This article will describe the characteristics of two classic “Invisible Lovers Cons” by financial predators; how they can be spotted, and steps to stop them from illegally acquiring money, affecting health and inflicting mental anguish.

There are two types of men who are potentially at risk and ripe for exploitation: (1) those with diminished mental capacities, and (2) those who recently experienced a traumatic incident such as the loss of a loved one.

The susceptibility of these types of individuals has been demonstrated by psychological studies conducted by professor Shelley Taylor of the University of California. She found elderly brains are not able to process misleading information effectively.

Financial predators have researched the legal aspects of the law, identified loopholes and developed two schemes. The one most prevalent is run over social media, where perpetrators pose as a woman using photographs to enhance the deception; the other uses the same methodology but with the physical contact of a real woman. However, be aware after you’ve stopped the predator, the problem may rise again, since for men it tends to be a compulsive addiction. Their contact information will also appear on a sucker list, targeted for other type scams.

The basic social media “Invisible Lovers Cons” is entanglement by words. An example is Jerry Ferguson, a 64-year-old retired city employee, who became snared in this con and lost a good part of his savings. There were two things he loved, his wife and fishing. Six months ago, his wife died leaving him a lonely man.

Google’s “Hangouts” is one of social media’s way of meeting people, and this became an outlet for his loneliness and his problem. Unfortunately, a simple communication became love letters, and he was hooked. The letters changed from love to all about the need for money: fix a medical condition; repair a car; get out of legal problems or airplane tickets to meet. The money was sent through Western Union, gone forever.

When his children realized what was happening, they found the woman’s pictures were of different people, telephone numbers were listed as scam numbers, the woman’s name and age were faked, and Internet evaluations confirmed the scam. When they froze their father’s assets, the predator disappeared. Unfortunately, it still left Jerry with the feeling it was real and resented his kids.

When all else fails, see if you can get the following message to the predator on the man’s behalf, it should stop them, “My son will be in your area for a few weeks and would like to meet you. What is your address and telephone number? I would like to Skype you, so we can talk face to face. What is your Skype address? As to my sending additional money, my kids now have control of all my money along with my property and pay my bills. That shouldn’t be a problem, should it?”

The other “Con” is run by direct contact with a predator woman. While not invisible, it’s the most difficult one to stop but uses the same methods. The woman looks for a lonely man with some financial resources. These women are good at identifying potential victims through body language, voice inflections and facial expressions. Typically, the women are much younger, sometimes the age of the man’s children. Once a potential victim is identified, the perpetrator provides a sympathetic understanding ear. A cup of coffee starts the process, moving on to lunches and dinners. It doesn’t take more than a few of these before the hook can be firmly set. They tie the man up emotionally so he will do anything to keep her happy.

Frank Murphy, 92, fell into this trap soon after his wife died. A woman introduced herself at the grocery store; a cup of coffee worked its way up to the love “Con.” After that she emptied one bank account of $10,000, lifted jewelry from his home, tried to isolate him from his family, missed medical appointments, coached him of what to say and started working on his other possessions. When his children became aware of the deception, they locked up his assets, and she became a magician and disappeared.

When a man is at risk for exploitation, it’s critical to take as many of these precautions as possible:

—Acquire a durable power of attorney.

—Hire a professional guardian with an ongoing relationship with law enforcement.

—Become a co-signer on bank and other accounts.

—Transfer assets into a trust.

—Become a co-owner of property.

—Place a freeze on the three-credit bureaus.

—Remove valuable items from the house.

—Use an identity theft service for suspicious activities.

Once an attack has started do all the precautionary steps plus:

—Review state laws relating to abuse of seniors with three areas to concentrate on: adult vulnerability, exploitation and Diminished capacity.

—Look at the following areas: (1) neglect of an elderly person without causing great bodily harm, permanent disability or disfigurement; (2) persons lack of the capacity to consent or sufficient understanding to make reasonable decisions; (3) use of an elderly person’s funds to benefit someone other than the elderly person.

—Review the situation with protective organizations.

—Hire a detective to look for past illegal action’s and for tax evasion of monies gotten from previous operations, since that may get federal agencies into the act. If more than one person is involved, the Ricco Act may come into play.

—Place a restraining order on the woman.

Most state and federal laws are not comprehensive enough for protection. In Florida, the “Seniors Fraud Prevention Act” cracks down on crimes targeting seniors; in the State of Washington, it’s the “Vulnerable Adult Protection Act.”

Unfortunately, police don’t consider these “Cons” a critical crime area, consequently most investigative work must be done by family or friends.

As a last resort, consider a competency hearing. Unfortunately, if the man is found to be mentally sound, the game is over. The woman can walk away with as much money as she can carry. It can get even worse, if the money is taken from taxable areas such as IRAs, the man will still have to pay taxes on it.