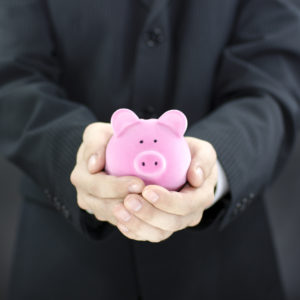 How We Can Get the Middle Class Back on Track

The alarming plight of America’s middle class is well documented, with an astounding 78 percent of our country’s full-time workers living paycheck to paycheck, and 47 percent unsure how they’d cover a sudden $400 expense, say CareerBuilder and the Fed, respectively.

America has a problem, and we aren’t talking nearly enough about fixes. As a result, we’re taking insufficient steps toward addressing the backbone of the American economy — its middle class.

Instead, too much stock is placed in the ups and downs on Wall Street, falsely confusing stocks with the actual economy. The truth is, as an economist at New York University found, the top 10 percent of U.S. households currently own 84 percent of stocks, while those on Main Street deplete retirement funds trying to balance support for young adult children with helping out elderly parents. This leaves many who aren’t considered low-income, without enough money to even consider what investment returns might look like.

Adding insult to injury, when the millions of Americans who haven’t reaped the rewards of the bull market, turn to the financial system for help, they frequently discover that it’s actually the tail wagging the dog: Shareholders are the real client. Traditional banking services they depend on like free checking are fading, and in less populated towns, sometimes there are no local branches.

Society doesn’t function as well without a thriving middle class, and from where I sit working with credit unions throughout the country, I have a few ideas for how to solve this.

The first thing we need to do is better protect people from shocks and emergencies.

One idea is wage insurance, which protects workers in the event of being forced to take a job with a lower salary. A study from the Brookings Institution suggests this could receive bipartisan support. The business community must also step in with creative forms of insurance with an eye toward financial shocks. An interesting emerging concept is “stuff happens” insurance that guards against all kinds of emergencies — not just losing one’s job — that fall outside of traditional solutions.

Getting more people enrolled in traditional forms of insurance is low-hanging fruit for helping the middle class as well. The Society of Actuaries notes life insurance policies are down 45 percent since the mid-1980s, but not because they’re less needed now. Life expectancy has risen, but the National Bureau of Economic Research points out the uptick is confined to high earners — leaving a middle class that is underinsured and exposed the moment tragedy hits.

Much of the reason behind the decline of life insurance is that signing up has historically been a long and complex process, but recent advances in technology have made underwriting simpler, with computers making instant decisions without the need for a medical exam. We must generate greater awareness that Americans need life insurance, and it’s now quite easy, and can be affordable, to do.

In addition to helping mitigate economic shocks, there are underused ways to enable middle-class growth. Having a car is a necessity for the vast majority of middle-class families, yet many people struggle to qualify for loans to purchase cars, and once they have one, warranties rarely extend past five years despite the average car being much older. We can support greater access to credit for people who may not have pristine balance sheets but can still make their car payments, and promote businesses that offer extended warranties.

Removing simple obstacles must happen in tandem with helping people invest more in themselves. Today, there are many growing alternative lending platforms that help link parties and vet borrowers. These can enable small business loans to be dispensed quickly and profitably, and also frequently pair students with lenders who offer credit at lower rates than traditional student loans. By helping people get better jobs and create better jobs — and making money doing so — these businesses can do their part to help society.

We must begin a conversation in earnest on how we can take concrete and immediate steps to help the middle class. There are ways we can act now to put that in motion. It’s time to get to work and help the segment that defines American exceptionalism.

Robert N. Trunzo is president and chief executive officer of CUNA Mutual Group, which provides insurance and other financial services for credit unions, their employees, their members and others.