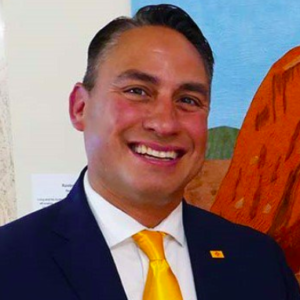 Can Howie the Hack Be New Mexico’s Last Lieutenant Governor?

If there were a poster politician for everything that’s wrong with government in New Mexico, that “public servant” would be Howie Morales.

Currently the Land of Enchantment’s lieutenant governor, the one-time educrat, county clerk, government hospital “executive” and state senator has spent his entire adult life on the public payroll. The Democrat possesses a perfect résumé for a sinecure that should not exist.

Five states lack lieutenant governors. In Tennessee and West Virginia, the titles are honorary, and held by state senate leaders.

For those seeking common ground between the right and left, the widespread existence of lieutenant governors provides surprisingly solid footing. In 2013, neocon Jeff Jacoby wrote that in Massachusetts, the position has “no useful constitutional function, apart from succeeding a governor who dies or resigns,” but provides a salary and “a staff and a State House office [with] all the perks of a lofty political title.”

In 2015, Laurie Roberts, a conservative columnist for The Arizona Republic, called it “yet another elective post for aspiring politicians, and argued that it’s “just fine to have the secretary of state jump in if the governor moves on to greener pastures — or, as sometimes happens, a criminal trial.”

In 2017, the liberal editorial page of The Roanoke Times averred that the post “exists purely for political reasons,” and is “simply welfare for ambitious politicians.” (It endorsed a “constitutional amendment to abolish the office.”) That same year, Harrisburg’s left-leaning Patriot-News urged Pennsylvanians to ditch “this largely ceremonial and irrelevant office once and for all.”

Prior to the Land of Enchantment’s 2018 gubernatorial election, Milan Simonich encouraged candidates to “run on the platform of abolishing the office of lieutenant governor because it’s pretentious, unnecessary and expensive.” The Santa Fe New Mexican columnist, hardly a Tea Party zealot, noted that the position’s salary was $85,000, and cost the treasury “another $447,000 for operations.”

New Mexico being New Mexico, no potential lieutenant governor answered Simonich’s heed. Which brings us back to Howie Morales.

He holds a doctorate in “curriculum and instruction,” but spending decades in government schools wasn’t ambitious enough for the Silver Cityite. His hitch in teaching (and coaching) was rather brief — just a decade. Morales moved on to “win” 2004’s single-candidate race for the Grant County Clerk’s Office.

Four years later, Bill Richardson appointed him to replace Ben Altamirano — who when he died had been a state senator longer than anyone else in New Mexico history. Morales annihilated his Republican opponent in 2008’s general election, and was unopposed for reelection in both 2012 and 2016.

How did our young man in a hurry pay the bills, as his political star shone ever brighter?

Around the time Morales became a state senator, the Gila Regional Medical Center, owned and operated by Grant County, hired the local golden boy. By 2017, he served as “REACH director,” focusing “on quality improvement, professional development training, improving morale and other managerial tasks and projects.”

It sure was a sweet, sweet gig. Morales tried for governor in 2014 — he was barely in his 40s — and the hospital let him take a leave of absence for the effort. But his campaign failed to gain the Democratic Party’s endorsement, much less victory in November. A March convention win was vitiated when the party faithful’s votes were counted after the June primary. Morales came in a dismal fourth.

Three years later, his “employer” was no longer in an indulgent mood. A new boss was hired to fix the hospital’s financial woes, and “some of its highest profile and highest paid employees,” including Morales, were dumped. CEO Taffy Arias said the layoffs “should have happened a long time ago for efficiency’s sake.” Ouch.

With New Mexico’s legislator compensation fairly low — per diem, mileage reimbursement and a pension don’t measure up to what most states offer — Morales needed a new income stream.

And private-sector employment was unthinkable. So he ran for lieutenant governor in 2018, prevailing with a rather limp 47 percent of the vote against two unexceptional primary opponents. He fared far better in the general election, of course, as the Lujan Grisham ticket crushed the incompetent and insipid campaign waged by the GOP.

Thus endeth our history of Howie the Public-Sector Hack. A man of thundering mediocrity. A man who never questions his political party’s ideology or policy agenda.

In other words, a man who makes an ideal lieutenant governor.