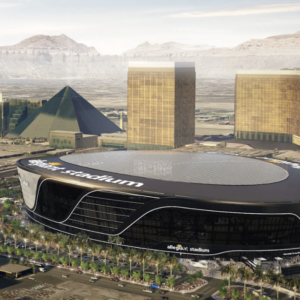 Posted to Politics September 14, 2020 by Michael Farren and Anne Philpot

The lack of fans at the NFL’s kickoff game week probably looked odd to those watching from home. But even 20 percent attendance at the Kansas City Chiefs’ Arrowhead Stadium is crowded compared to the 26 ghost-town stadiums without any fans in attendance.

As disappointing as this is for players and fans, it’s an even bigger problem for city and state officials who count on ticket revenues to pay back the subsidies they gave for new stadiums.

Thanks to COVID-19, cities and states will experience a budget gap of $975 billion over the next two years. Meanwhile, the devastation of the entertainment and tourism industries denies many of these governments the tax revenue they use to finance local sports stadiums.

Obviously it’s hard to predict a pandemic, but this situation illustrates why public investments in private business are a bad idea.

One way many states and cities subsidize stadiums is by taxing the visitors coming to games. This includes raising taxes on hotel rooms, rental cars, parking, restaurants or game tickets. These taxes are sometimes accompanied by a bump in general sales taxes, too.

For example, Clark County, Nev., raised its hotel taxes to help fund a record-setting $750 million subsidy for the Las Vegas Raiders’ new $2 billion NFL stadium. County Commissioner Chris Giunchigliani pointed out that other tax revenue could be at risk if hotel taxes fall short. That hasn’t been necessary, so far, but other cities haven’t been so fortunate.

Pearl, Mississippi, helped finance a ballpark complex and shopping center for an Atlanta Braves minor league affiliate. The goal was to stimulate economic growth and improve the city’s reputation. But attendance was falling even before the pandemic canceled Minor League Baseball. When ticket surcharges and stadium-area sales taxes didn’t bring in enough money, the city had to dip into its general fund.

Alarmed at Pearl’s deteriorating finances, Moody’s cut its debt rating to “junk status” in 2015, harming the city’s ability to borrow money to pay for infrastructure and other vital public assets. Pearl has since raised property taxes to pay back its ballpark loans.

Even before the pandemic, publicly funded stadiums were a bad deal for their communities. Academics find that subsidies aren’t justified by economic development, job creation or income growth. In fact, University of Maryland sports economist Dennis Coates has found evidence suggesting that professional sports may even have a negative impact on local income growth.

So why do stadium subsidies continue to exist? Because an iron triangle of powerful politicians, team owners and stadium consultants all stand to benefit. Politicians want credit and ribbon-cutting ceremonies. Owners want increased profits from public investments.

Stadium consultants are happy to accept a fee to provide headline-grabbing studies announcing that building a stadium will improve the local economy. This creates a recurring pattern: stadium deals that hide the real costs and leverage fans’ fears over losing their team to another city.

Meanwhile, voters are frequently shut out of the discussion because few stadium subsidies survive a referendum. In Minneapolis, politicians went to great lengths to block a public vote for the NFL Vikings’ new stadium in 2012. The state legislature overruled the city’s charter by expressly exempting the city from holding a referendum to decide stadium funding.

But thankfully there’s an exit ramp out of the subsidy arms race, which legislators in at least 14 states are already suggesting: an interstate compact.

These agreements, in which state and local governments guarantee to each other that they won’t offer subsidies, are part of the U.S. Constitution. If policymakers band together, team owners will lose leverage and learn to pay for their own stadiums.

And there’s evidence that professional sports franchises can do just that. In 2010, the NFL’s New York Giants managed to build $1.6 billion MetLife Stadium without public funding (although it was built on public land).

Likewise, the NFL’s Los Angeles Rams are building a $5 billion complex with relatively little public funding. And if the Kansas City Chiefs can pay quarterback Patrick Mahomes just over a half-billion in salary over 10 years, they’re capable of paying for their own $12 million in recent stadium renovations.

Pro sports have a lot to offer, but paying the industry’s bills during a pandemic is absurd. Lives and livelihoods are at stake. Taxpayer money wasted on stadium subsidies means less funding available for critical public services to combat COVID-19.

Understanding the risk posed by stadium debt is more important than ever.