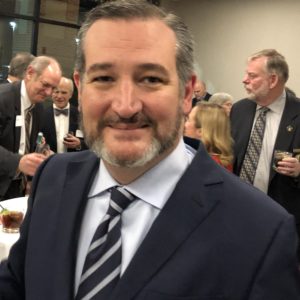 Cancun-Gate Is a Lesson in Social Media Charity

Every day, Facebook reminds me of the witty, valuable, and forehead-smacking things I’ve posted over the last decade. Some comments and posts stand the test of time; others show a clear immaturity and/or lack of prudence. And all of them remind me how much I’ve grown over time, and how important it is to be charitable both when posting one’s own material and when reacting to material posted by others.

Senator “Flyin’ Ted” Cruz learned this lesson a much harder way a few weeks ago. Having built a populist brand through an ill-conceived government shutdown and an aggressive strategy of “owning the libs,” he was blasted for a family vacation while millions of his Texas constituents were without power, food, and heat. The value of his presence at home is debatable, but it was a gold mine for critics who wanted to take him down a few pegs. His apology for departing the state did nothing to prevent him from being the focus of protests, national media coverage, and even a Saturday Night Live skit.

Cruz got slammed because he has often lacked prudence and charity in his public discourse. But Kyler Murray wasn’t a controversial public figure when he Tweeted ill-thought-out remarks at age 14. He was just a kid who, at 21 years old and the recipient of college football’s biggest award, was pressured into taking what USA TODAY called “accountability” for a handful of remarks made as a young teenager.

The same is true for Mimi Groves, who celebrated her learner’s permit with a three-second Snapchat to friends using a racial slur she learned through music and for which she apologized shortly thereafter. Jimmy Galligan, a student at her high school whom she didn’t know, held on to the video, releasing it when Groves was accepted to the University of Tennessee. Those three seconds at age 15 cost her a slot on the cheerleading team and, eventually, her acceptance at the college. And it gave Galligan a softball profile at The New York Times as an alleged anti-racism warrior even though his target, Groves, is a Black Lives Matter supporter.

To make thoughtless, ill-thought-out, and even offensive remarks is to be human, especially a young human. The internet has removed many of the barriers to entry for those remarks – the cost of entry is a free profile, parents cannot watch their kids all the time, and social media companies have brilliantly marketed their services and products. But there is a difference between remarks which are intentionally out of bounds – which need later clarification to determine if someone really has changed – and remarks which are unintentionally offensive or clearly the result of immaturity.

Many people seem to have lost the ability to course-correct in real-time. Galligan doesn’t appear to care that Groves was firmly corrected by a Black friend, which led to Groves’ apology. In his mind, ignorance at 15 is justification for vengeance at 19. Perhaps in a dozen years, when he turns 30, he’ll need the same charity he didn’t give to Groves. Hopefully, someone will give it to him instead of going eye-for-an-eye.

In the meantime, an increasing number of educational, work, and social institutions treat people like Murray and Groves the same as Cruz, withdrawn Biden administration Office of Management & Budget nominee Neera Tanden, former President Donald Trump, and others who thrive on creating public controversy.

The solution is charity–the charity of not trying to “own” other people with one-liners that are purposely offensive. The charity of not trying to “own” people in the middle of a disaster, as Cruz did to Californians last August and for which he issued the rare apology last week. The charity of knowing that humanity is fallen, and we will all fail at some point, which means we’ll need to rely on other people’s charity after controversial remarks are made.

Charity is a two-way street. Senator “Cancun” Cruz just learned that. The rest of us should take his lesson to heart before our social media profiles create controversy – and after others’ social media offends.

Dustin Siggins is founder of Proven Media Solutions. He wrote this for InsideSources.com.