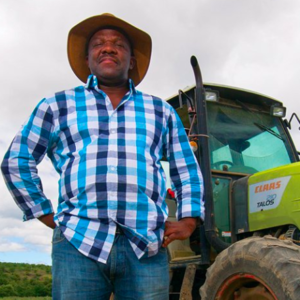 The closest they came was former candidate Sen. Amy Klobuchar’s passing reference to rural poverty (without mentioning race) and a need for more home healthcare workers, and Mayor Pete Buttigieg’s brief comment about the need to expand healthcare access for black rural families.

This isn’t surprising. The rural economic plans for many candidates don’t even mention black people, including those of Joe Biden and Mike Bloomberg.

While the plans of Bernie Sanders and Elizabeth Warren acknowledge black rural land loss and systematic discrimination against black farmers, agriculture alone is not the entire solution because the industry is largely automated and accounts for only 6 percent of jobs in the “Black Rural South” and 2 percent of jobs in rural areas outside of the South.

My organization — the Joint Center for Political and Economic Studies — examined the future of work in the 156 U.S. Southern rural counties (including 13 South Carolina counties) with populations that were at least 35 percent black. We found a unique mix of racial inequality, inadequate infrastructure and job loss that warrant presidential attention.

Presidential candidates rightly point out that the lack of broadband hinders rural entrepreneurship, education, training and remote work — but they don’t prioritize the region with the greatest need — the Black Rural South.

The general “one-size-fits-all” rural economic plans of most presidential candidates also do not account for the extreme job loss that plagues the Black Rural South.  Between 2001-2017, for example, the Black Rural South lost almost 40 percent of its manufacturing jobs — more than twice as high as the loss in rural counties outside the South.

Absent policy interventions, similar trends are projected for the future.

McKinsey & Company data predicts job growth between 2017-2030 to be 17 percent in “high-growth hubs” like Seattle, 8 percent in “stable cities” like Indianapolis, and 1 percent for healthier rural areas. During the same period, the Black Rural South could lose 9 percent of its jobs.

Presidential candidates have stumbled over the issue of reparations, even though slavery and Jim Crow have directly shaped the Black Rural South and despite the federal government’s allocation of “Appalachian reparations.”

In 2018, for example, the Appalachian Regional Commission allocated grants of more than $125 million in federal funds for education and skills, infrastructure such as broadband and water/wastewater systems, and entrepreneurial and business strategies.

This federal money is expected to attract an additional $1.5 billion in private investments. The Black Rural South suffers from much higher unemployment rates and child poverty rates than rural Appalachia, but federal lawmakers have routinely rejected calls for a fully funded Black Belt Commission.

The presidential candidates, however, generally do not detail which federal programs should qualify for the 10-20-30 allocation formula to most effectively support the future of workers in the Black Rural South.

The 10-20-30 formula and/or other federal programs also need to address other pressing challenges, such as water and sewage issues, food deserts, high rates of health challenges (e.g., hookworm, HIV and diabetes), and conscious and unconscious anti-black bias in the region.

Black rural Southerners helped catapult Doug Jones to the U.S. Senate in Alabama in 2017. They could be a crucial voting bloc in Democratic primaries in Alabama, North Carolina and Virginia (all three on March 3); Mississippi (March 10); Georgia (March 24); and Louisiana (April 4).

Rather than applying cookie-cutter “rural” or “urban” policies, presidential candidates should prioritize solutions tailored to most effectively address the unique future of work challenges that confront the Black Rural South.

Spencer Overton is a professor of law at George Washington University and is the president of the Joint Center for Political and Economic Studies, which is America’s “black think tank.” He wrote this for InsideSources.com.